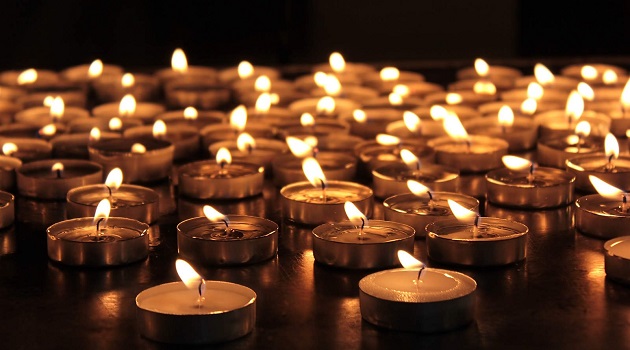 Randi Ann Olsen was born on November 18, 1945 in Grand Rapids, MN to Alf Thomas Olsen and Charlotte “Chucky” Conte Olsen. At the time, Alf was a decorated WWII Army Air Corp veteran attending the University of Minnesota on the GI Bill, and Chucky was a recent sociology graduate from Marquette University. Both of whom were overjoyed to welcome their first child into the world.

Alf graduated with a degree in journalism, and after a brief stop working for the newspaper in Worthington, MN, he took a job at the paper in Fargo, ND. There he and Chucky raised their growing family, eventually to include Randi’s younger brothers Michael, Patrick and Tony, and for too short of time, little sister Teresa Maria.

As devout Catholics, Alf and Chucky raised their children in the Catholic faith; A faith Randi embraced and held tight her entire life.

After 12 years of Catholic education, Randi attended North Dakota State University, graduating with a Bachelor of Science in Speech Language Pathology. Much more important, however, it was there that Randi met and then married in 1967, her college sweetheart, and sweetheart for life, Fred Olafson. However, not before he proved to Randi’s father he was a man of character, a man of honor, and the person who would be a truly devoted lifelong companion for his daughter. Fred was that and so much more.

And one more thing, Fred had to promise his future father-in-law he would give up racing fast cars on weekends. Which he did, figuring it was a small price to pay for the love of his life.

Like Randi’s father, Fred also answered the call to serve honorably in the military, and it was that calling that brought them first to North Carolina, and then South Carolina after Fred left the Army. As a registered pharmacist, Fred continued to serve others, working as an IV pharmacist at Richland Memorial Hospital until retirement.

Randi led a life of service, as well, first as an elementary school teacher, and then on staff for the Richland and Lexington Council on Aging, South Carolina Commission on Aging, the South Carolina Retirement System, Hulon Greene, and Shandon Presbyterian Church, from where she retired in 2007.

Randi and Fred’s life together, throughout 53 years of marriage, was one of faith, love, good humor and devotion, which they instilled in their two loving daughters, Erika and Danika. Once instilled, the two girls “ran with it.” They are both hard working, dedicated, and much loved school teachers. Danika followed in her Grandma Chucky’s footsteps teaching special needs kids, meeting this uniquely challenging work with so much love, and a great big hug in her heart for her students each and every day.

Erika inherited the “math genes” from her father and teaches that difficult subject in fun, creative and productive ways. In addition, Erika, with a nod of respect to her father and grandfather’s service to the country, is currently serving as a Lt. Colonel in the SC National Guard, making history a few years ago as the first female commander of the South Carolina National Guard 51st Military Police (MP) Battalion.

Randi and Fred were rightfully proud of their own girls, but it didn’t stop there. So many of the girls’ friends, as well as children of Randi and Fred’s friends, looked to Randi and Fred for love, guidance and approval. While Randi was Mama to Erika and Danika, she was also Mama to so many more. Randi took it all in stride as the low key, open, receptive, giving, and forgiving Mama that she was.

Randi’s bright light will continue to shine on all who knew her.

You can also find the stream on the church’s website: https://ourladyofthehillssc.org

In lieu of flowers, the family asks that you donate to Our Lady of the Hills Crisis Fund.

2021-03-30
Previous Post: District Five eighth grader publishes book for sale on Amazon
Next Post: Dr. Tripp Jones honored for support to the Town of Irmo and its community