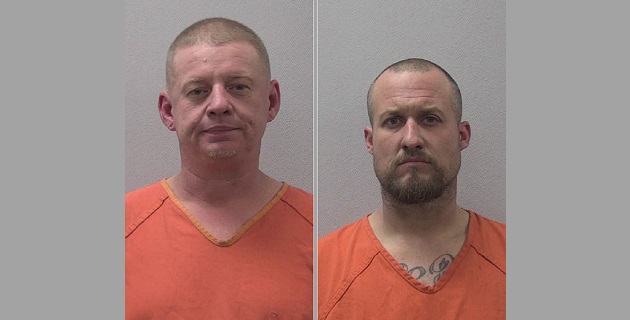 Two men are accused of stealing a trailer from a neighbor’s home in Lexington County.

“After receiving a call from a witness, deputies responded to a theft of a trailer on Bush River Road,” Lexington County Sheriff Jay Koon said. “The witness reported seeing a white pickup truck speed off after stealing his neighbor’s trailer.”

Koon said deputies were able to conduct a traffic stop after passing a white truck pulling a trailer that matched the description. They found Bartlett in the driver’s seat and Wilson in the passenger seat. The pickup truck was also reported stolen out of Lexington County.

Wilson is being held in the Lexington County Detention Center. Bartlett has been released after meeting conditions of his bond.