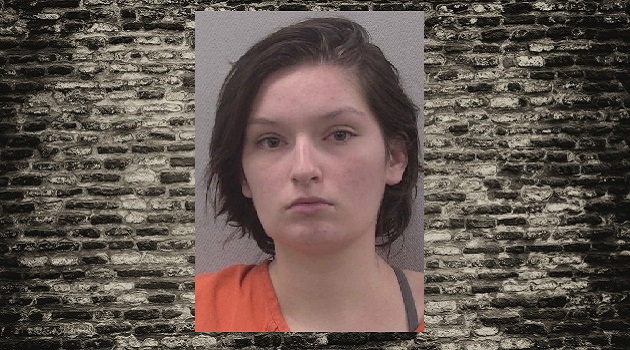 Chief Terrence Green would like to update the community that the investigation at a daycare facility within the Town of Lexington, where children were found to have been assaulted by a caregiver, has continued and additional charges have been made.

On the morning of July 12, 2021, an investigation began when the facility administrator of the Harvest Daycare, which is located on Whiteford Way, reported to the Lexington Police Department and the South Carolina Department of Social Services that an employee of the daycare was alleged to have assaulted children who were in her care.

After watching security footage recorded within the daycare, detectives found that Breanna Marie Audette, age 23 of Irmo, had assaulted several children by grabbing them aggressively by the arm, neck, and face and in one incident, pushed a child to the ground.

Breanna Audette was arrested on July 15, 2021, and she was charged with fourteen counts of Unlawful Conduct Towards a Child. She was taken to the Lexington County Detention Center and during her bond hearing, she was given a bond of $14,000.

Investigators were provided additional security footage by Harvest Daycare which was recorded June 1, 2021, through July 12, 2021. Investigators observed additional incidents where Breanna Audette assaulted children by grabbing them aggressively by the neck, throat, or face. She was also seen picking up children violently by their arms and legs and there were several incidents where she threw a child into the corner of the room.

On Friday, August 6, 2021, Breanna Audette was arrested and charged with thirty-five additional charges of Unlawful Conduct Towards a Child. She was taken to the Lexington County Detention Center and during her bond hearing, she was given a bond of $70,000 for these charges along with the restrictions of having no contact with any of the victims or their families, no unsupervised contact with children, follow the South Carolina Department of Social Services plan for her own children, and not to be within 100 yards of anywhere that children gather.

This second arrest of Breanna Audette concludes this investigation as all available security footage has been viewed by detectives of our Criminal Investigations Division. In total, she’s been charged with forty-nine counts of Unlawful Conduct Towards a Child involving thirty victims with the youngest being 10-months old and the oldest being 5-years old. These cases will be prosecuted by the 11th Circuit Solicitor’s Office.