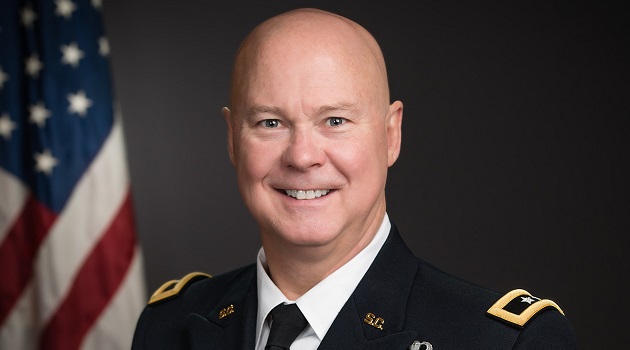 America is better than what we’re witnessing right now

It’s been nearly two decades since that fateful September morning in 2001 when four commercial airliners were hijacked by Al Qaeda terrorists and flown into the World Trade Center in New York, the Pentagon in Northern Virginia, and a grassy field in Pennsylvania. Two major wars and multiple often-clandestine military operations overseas, later, we will soon commemorate the 20th anniversary of those tragic events which claimed the lives of more than 3,000 on 9/11 and thousands more around the world since.

Of course, we don’t celebrate the attacks, but we do commemorate what happened and we honor the heroism of the men and women who ran toward almost certain death so “that others may live,” as the U.S. Air Force pararescue motto reminds us.

We commemorate this particular Sept. 11th anniversary in the shadow of terrible events in Afghanistan as the precipitous American withdrawal has led to one provincial capital after another falling to the Taliban and those on the ground being left to the ‘mercy’ of that terrorist group.

Yet, there is no ‘mercy,’ nor will there ever be. That is one of the many stark truths I discovered while working as special assistant to the Chief Prosecutor of Military Commissions overseeing the trial of terrorist mastermind Khalid Sheik Mohammed and four co-defendants several years ago.

As horrible as those charges may sound, the actions by the likes of Al Qaeda, its affiliates and collaborators – as well as the Taliban, ISIS, Hezbollah, and I could go on and on – are not unusual. This is their modus operandi, and we are seeing it once again played out on the world stage as the Taliban seizes city after city in Afghanistan and targets not only those who aided America and her allies, but their families: women, children, and the elderly.

Terrorists do not play fair. They never will. They will not fight U.S. forces in pitched battles abiding by the laws of land warfare. They skulk in the dark for soft targets. They are well-funded or otherwise supported by state sponsors of terrorism like Iran, Syria, and North Korea. They have no regard whatsoever for human life, often not even their own. And we must never forget these facts. We cannot let our guard down because 20 years have passed.

Al Qaeda, for example, is alive and well. And the organization will no doubt reconstitute itself after the tragedy in Afghanistan: As will ISIS. As will others.

Fueling this reconstitution is the fact that literally thousands of previously imprisoned ISIS and Al Qaeda fighters were recently released by the advancing Taliban forces near Kabul. And as Afghan forces (previously supported by the U.S.) surrendered Bagram airbase, approximately 5,000 Al Qaeda and Taliban inmates were set free.

They are free. They are emboldened. They perceive our pullout as a victory for them, and in many ways it is.

Meanwhile, cities continue to fall, and the U.S. is seen as helpless to rescue even our own citizens in that country much less those who aided us during the war who it now appears that we have abandoned.

How is this seen by our international allies, or by strategic competitors like China and Russia? That we will save for another discussion. But make no mistake; it is all connected, and not in a way that is favorable to the U.S.

This is particularly hurtful to those of us who have served in uniform, who sacrificed at least a period of time in our lives for the country we so dearly love. For me, that includes service as an officer in the U.S. Army, in my capacities as an international legal officer and as an assistant staff judge advocate attached to the U.S. Army Special Operations Command. Later, as a member of the S.C. Military Department’s counterterrorism task force. Lastly as commanding general, now retired, of the all-volunteer S.C. State Guard, which we “re-engineered” according to U.S. Marine Maj. Gen. Jim Livingston, “into a premier emergency response organization.”

Fact is, I love my country, and I’m not alone. I’m willing to fight for her and help make the best decisions possible in our national interest. Many of us are. We all should be.

Americans are better than what the world is witnessing right now. We are smarter than this. We knew that extricating ourselves from Afghanistan was going to be very difficult after two decades. At a minimum, we should have ensured that American families were brought home before our troops were removed.

Even if we think we are helpless to do anything about any of this, we cannot allow complacency to govern our lives, actions, love of country and love of neighbors going forward. Now more than ever we need to show love for our country and our leaders. We live in complex times and need to rise above the vitriol and find meaningful solutions that will protect all Americans.

Let’s remember the heroism demonstrated by our friends and neighbors on the terrible September morning in 2001. Let’s remember the same sacrifices in the wars that followed. Let us always remember that no matter how bleak the world seems today – how terrible this loss seems and is in Afghanistan – America is still the best hope for freedom and for the future. I for one am not willing to throw that away.