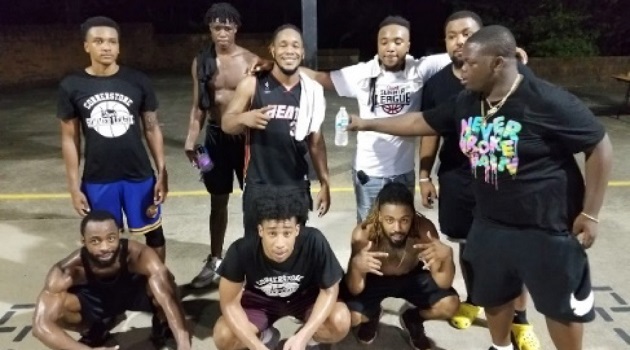 Dontray Jemison and Jim Mosteller (recreation deacon at Cornerstone church) organized a basketball tournament. Six teams played in a round robin and then a single elimination championship, for a total of eight games.

Many of the players had played basketball for Irmo High School, but there were players from all around Columbia. Games were played on the outdoor courts at Cornerstone Presbyterian Church.

Pictured is the championship team.