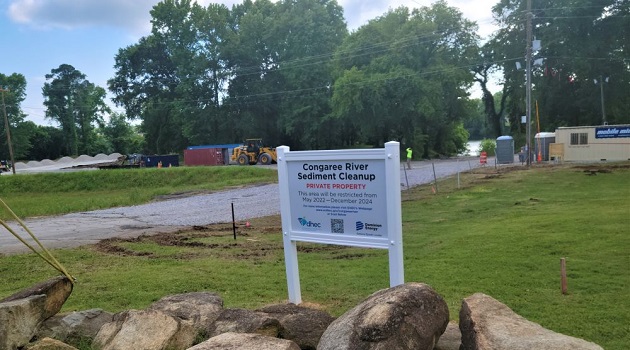 Coffer dams to be built on the Congaree River to remove tar, Civil War artifact discovery is possible

The process to clean up the coal tar in the Congaree River has begun.

Dominion Energy has contracted a company to build two coffer dams on the Columbia side of the river. The first coffer dam will be built across from the West Columbia Riverwalk Amphitheater.

Roads and a workspace are being installed now close to the Gervais Street Bridge. Construction on the first concrete coffer dam is expected to begin in June, with completion expected by October, said Greg Cassidy, a project manager for the State Voluntary Clean-Up Program that is connected to the SC Department of Health and Environmental Control. Removal of the tar would likely begin in the spring of 2023 because of the unpredictable level of the river in the months of November, December and January, said Cassidy.

Cassidy said the coal tar would be taken out of the river where human contact has the best chance of occurring. A second, and smaller, coffer dam will be built closer to the Blossom Street Bridge after the coal tar is removed from the first site. The second dam will be built after work at the first site is complete, and the dam is removed. The cost when the coffer dam solution was first proposed was more than $18,5 million. Cassidy said the cost has most likely risen.

Cassidy said removing the coal tar will allow for more access to the river, and the opportunity for increased residential development, between the Gervais and Blossom Street bridges.

The coal tar was discovered in 2010, when recreational river user noticed an odd smell and encountered the substance that seemed foreign in nature. Various plans have been proposed to remove the coal tar that was deposited in the river by a streetlight oil processor, behind the present-day S.C. State Museum, which was a predecessor to SCE&G. That plant, on Huger Street, leaked a byproduct into a ditch that flowed to the river. It operated from the early part of the 1900s until the 1950s.

The possibility of live ammunition requires that tar removal would need to be conducted in the dry instead of using a dredging tool. Any items that may be found dating to the Civil War would need to be safely removed. Those items would also be historical artifacts and would be of interest to the State Historical Preservation Society. 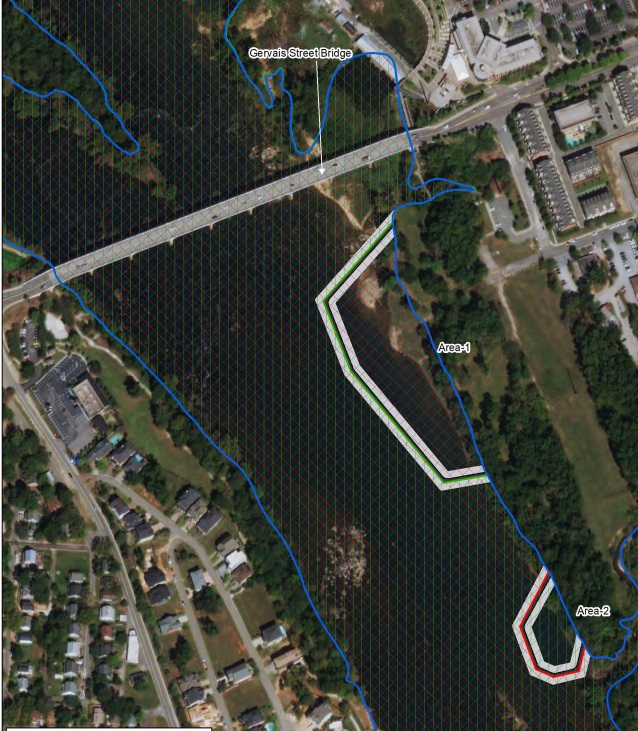