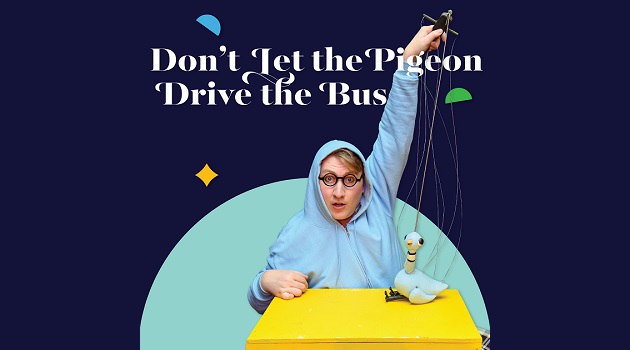 The Columbia Children’s Theatre will present Don’t Let the Pigeon Drive the Bus: The Musical September 17.

Shows will take place at 10:30 am and 2 pm September 17, and September 18 at 3pm at Richland Library Sandhills, Auditorium, 763 Fashion Drive, Columbia.

General admission tickets are $15. Senior and active-duty military tickets are $12. Advance tickets are strongly recommended and can be bought securely online at columbiachildrenstheatre.com. For more information, contact CCT at 803-691-4548.

With a script written by Mo Willems, the creator of the #1 New York Times best-selling, Caldecott Honor award-winning “Pigeon” picture books, and featuring music by Deborah Wicks La Puma (Elephant & Piggie’s We Are in a Play.), Don’t Let the Pigeon Drive the Bus. The Musical. is even more fun than staying up late and having a hot dog party.

“We knew that this would be the perfect show to launch the season because it’s such a classic example of what makes the Mainstage great,” said Artistic Director Jerry Stevenson. “Kids get to see their favorite characters from story time jump to life on stage, while getting something fresh and new too.”

The plot of this production is one familiar to many families across the Midlands. It’s not easy being the Pigeon-you never get to do ANYTHING. But when the Bus Driver has a crisis that threatens to make her passengers (gasp.) late, maybe that wily bird can do something.

“It’s difficult to overstate just how much fun we’ve had rehearsing this show,” said Mainstage performer Paul Lindley. “Everything Mo Willems writes is just so light-hearted and fun. I have a feeling parents will end up enjoying this show as much as their kids.”

Don’t Let the Pigeon Drive the Bus: The Musical is a CCT Mainstage production featuring a cast of professional actors. Since its first show in 2005, the CCT Mainstage has performed for thousands of families across the Midlands