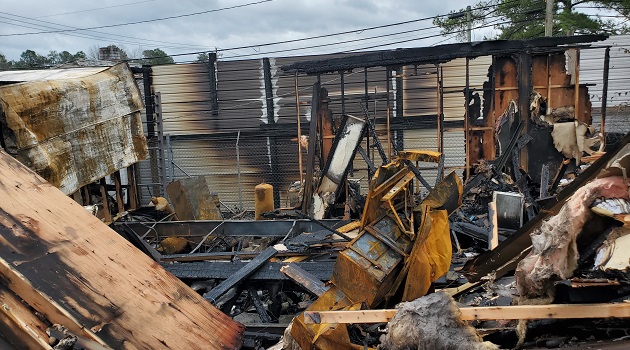 On February 28, 2020, Lexington County Fire Department and law enforcement responded to a fire at American Scrap Iron and Metal located on Charleston Highway just outside of the Cayce area of Lexington County. As a result of the fire, the business was destroyed and the business owner’s family dog died. Lexington County Sheriff’s Department handled the investigation of this case and determined that this fire was intentionally set by Tillman.

During the trial, the testimony presented to the jury revealed that Tillman was hired in January of 2020 to remodel the office area of the business and that Tillman was fired after only a few weeks for not following the owner’s instructions. The owner requested that Tillman not enter the private office area of the business where the family dog was kept who lived at the business. On the morning of the fire, around 3 o’clock in the morning, video surveillance captured a small framed black male in a hat and gloves crawling around the shed area of the business in an attempt to avoid the cameras. This individual was then captured entering and exiting the business through a window and then observed lighting something that he then threw inside the office causing the fire. The physical description of the individual matched Tillman.

The testimony at trial also revealed that the office door to the private area of the business was intentionally closed trapping the family dog inside to perish in the fire. Additional surveillance videos from residences and other businesses in the area as well as traffic camera videos were presented during the trial. The videos captured Tillman’s vehicle parked next to the business during the time of the incident. Tillman was also captured on video in Richland County a few hours after the fire cashing a check stolen from the business during the burglary and arson.

Tillman has a prior criminal history that includes receiving stolen goods and traffic offenses. Tillman will be transported to the South Carolina Department of Corrections to serve his sentence.