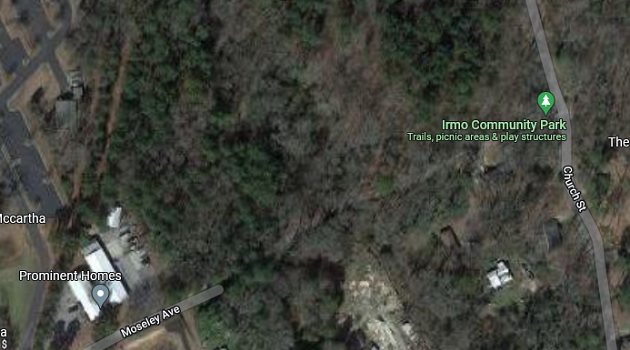 A motion filed by Mayor Barry Walker, Sr. to suspend a plan for land acquisitions to develop a new downtown district failed to receive a second at Tuesday’s town council meeting. Even as numerous residents continued to protest the plan the lack of a second means that the motion died.

The failed effort came after another outpouring of criticisms from local residents who view the plan as an effort to take away their properties.

“I’m not selling my property,” was the repeated comment from several different residents who live in an area near the Community Park of Irmo where the town envisions a new development for a “downtown” area that is currently non-existent in the Irmo area.

The irate residents expressed concern that the town was not providing residents with their plan of action after all of the protests.

“I don’t see how it can move on,” said resident William Bowman.

But in response to questions from residents, council members Bill Danielson and Erik Sickinger said the council has no plans to force residents to sell the town their properties.

Walker’s motion was never voted on.

At a workshop meeting earlier this month, the council agreed to meet with residents who felt impacted by the development and consider changes in the plan that property owners would be more comfortable with.

But that plan wasn’t addressed at Tuesday’s meeting.

The town was considering the acquisition of several properties close to the Community Park of Irmo along Moseley Avenue, a dirt road. But council members say most of the properties being considered are not owner-occupied.

At an earlier meeting, the mayor tried hard to bring up eminent domain as a legal method to force the acquisition of properties, but council members argued that it was never part of or currently in the plan.

In other action Tuesday, the town approved the purchase of approximately one acre of land “for a potential future Town Hall.”

The property is located behind the Irmo Fire Department, a short distance away from the current Municipal Building. Town officials said they could not reveal the cost of the purchase because negotiations are still underway.

Council members have previously discussed the need for additional town office space due to ongoing growth in staff.

The council also approved a change order for the Wiley Easton Construction contract in the amount of $148,136,000 to continue the Rawls Creek Park Project. The contract will be changed to include the grading, erosion control and storm drainage needed for the first phase of the project.

The council gave final reading to an ordinance to zone property at 1194 Dutch Ford Road as General Commercial.

The council also gave first reading approval to an amendment to the zoning and land development ordinance that will remove mini-warehouses and self-storage units as conditional use and place them under special exceptions requiring zoning board approval.

The council gave first reading approval to an amendment to zoning and land development ordinance that will change the language under conditional uses to include multifamily use.

The council approved the appointment of Ed Greco to the Irmo Planning Commission.

During the presentations by citizens, the council heard complaints about coyotes appearing throughout the town, including at the town park. The council was advised that coyotes pose a danger to children and other animals.

One citizen complained that the town’s police force was not large enough to enforce criminal activities which he said are increasing in Irmo.

During the School Showcase presentation, Principal Julius Scott from Dutch Fork Elementary Academy of Environmental Sciences made a presentation on the school’s programs.