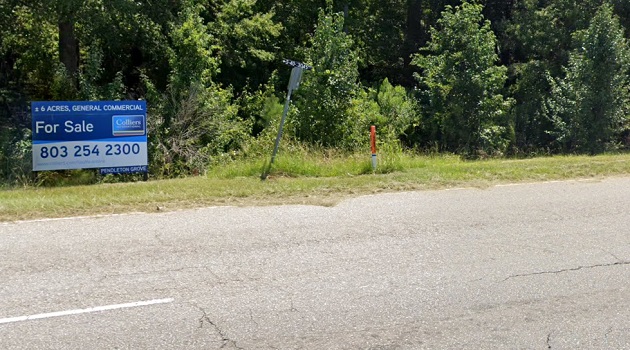 Irmo Town Council voted to rezone the property off Palmetto Woods Parkway near St. Andrews Rd. to Single Family Residential (RS) which has been a point of contention for residents living in the nearby subdivision of Palmetto Park. The original zoning was commercial which would have allowed the developer, Greater Southern Homes, to build homes or businesses that would have had a greater impact on the area. After meetings with the developer, Councilman Erik Sickinger and local residents an agreement was reached that involved a scaled-back version of the development and a zoning change to Single Family Residential. “We’ve managed to close the gap,” said Mike Satterfield, CEO of Greater Southern Homes.

The original plan would have allowed nearly 90 townhouses to be built and the new plan reduced that to just over 60 patio-style homes or a single story. Concerns were still raised about traffic concerns with that many homes. “The intersection will be unattainable,” said resident Ed Grecko. “I look forward to seeing it better managed.”

The council passed an ordinance that designated $2,269,125 of ARPA (American Rescue Plan Act) to be allowed for funding projects.

The council approved a grant of $25,000 to Soul to Soul Foundation & Building U that would pay for building lease for one year with special conditions set by the council.

The town approved an Intergovernmental and Joint Use Agreement with Richland County Recreation Commission which would include the proposed skate park in Rawl’s Creek Park. A grant for $108,000 was approved to replace again tasers on the police force. The grant is a 90/10 match with only $10,080 to be paid by the town. In another matched grant the town allocated $128,000 for the design and engineering of the Rawl’s Creek Park. The match is 80/20 and the town’s portion would be $25,600.

Meta James was appointed to the Accommodations Tax Committee and the council approved a lease agreement with the Dept. of Public Safety to continue to house the State Transport Police in the Younginer building located at 1239 Columbia Ave. for the next five years.

Corley Compound was recognized as the March Small Business of the Month and Irmo Middle School International Academic Magnet was featured as the school showcase.