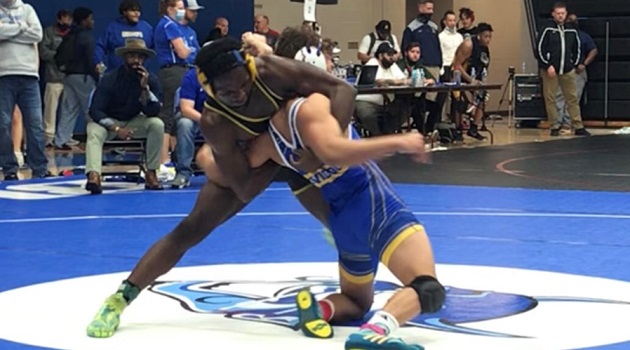 The win was incredibly special for Hayes because he missed weight for last year’s upper state tournament and was unable to compete.

“I was so happy and proud of myself that I couldn’t believe I won,” Hayes said. “I was the only one that made it past regionals this year so since then it has only been me, my coaches and past Irmo wrestlers that came to help me train. Practices were very intense because all eyes were on me, but my coaches believed in me more than I believed in myself which motivated me to come in early or stay later for extra technique training. I am so glad I got the outcome I wanted with all the training I did.”

Justin’s coach, Steven Paratto, describes him as a hard-working and dedicated athlete who knows that success sometimes takes sacrifice. He said the pandemic has made this a very trying year for wrestling in general, but especially for Justin.

“After Regionals, Justin was the only wrestler left in the room, which meant that he came in to practice every day for three weeks with nobody to work with except for the coaches,” Paratto said. “That is very difficult to do, but Justin took on the challenge and focused on his technique and conditioning. That says a lot about him, not only as an athlete but as a person also. I was so happy for him and proud of him to see him succeed and become a State Champion!”