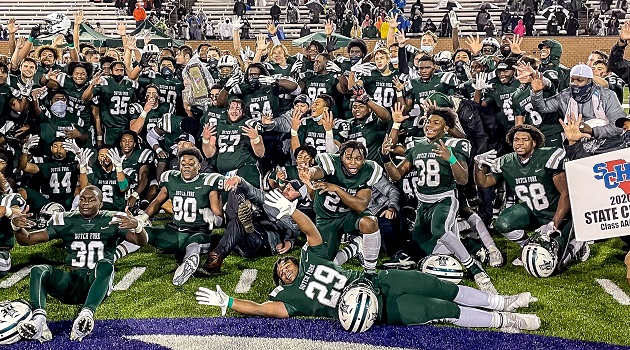 With the 28-6 victory against T. L. Hanna (7-1) in the Class 5A football state finals last week, the Silver Foxes notched their fifth consecutive state championship for the program and set a record.

With a lot of hard work and dedication, the Silver Foxes (10-0) completed another season undefeated.

Competitive cheer qualifying competition is being held this week, with the state finals planned next week at Florence.

Teams that qualify for the finals will compete at the Florence Center in Florence Saturday, December 19. At Florence, 3A competition is to get under way at 10 am, followed by 4A teams at 2 pm and 5A at 6 pm.

Chapin is the two-time defending 5A state champion, having won the state title the previous two seasons — 2016-17 and 2017-18 — as a 4A team, giving the Eagles four consecutive state championships.

But both schools have won the state title before in various classifications (3A, 4A, 5A, etc.). According to the SCHSL, Chapin holds the record for the most state titles, with 15, while Dutch Fork is second, with seven, in a tie with Liberty High School.