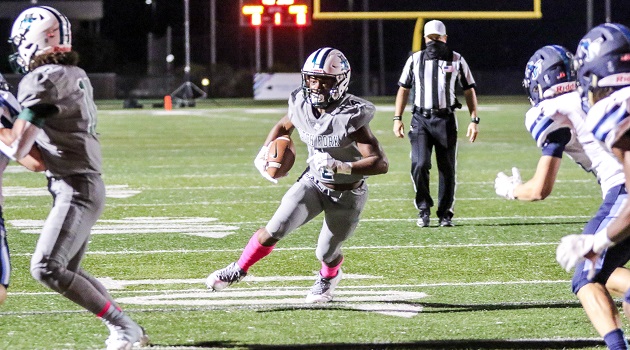 With last week’s 51-12 varsity football win against Chapin, the Silver Foxes stay on the path of Region 5-5A dominance with two conference games to go in this year’s short season.

Dutch Fork is 2-0, 2-0 after early season region victories against White Knoll and Chapin, and the third conference challenge is coming up this week. The Silver Foxes will play at River Bluff in the Gators’ first game of the new season after virus-related postponements in the first two weeks of the schedule.

After this week’s game at River Bluff, Dutch Fork is to play at Lexington next week in the final Region 5-5A contest of the Silver Foxes’ season. Like the Gators, the Wildcats are playing their first game of the season this week for the same reason.

With this year’s abbreviated schedule, each region team will play every other region opponent only once, not twice. Every one counts toward qualification for the playoffs.

Those teams that have had to postpone games will extend their schedules into later October and/or early November to complete it because of flexibility built into the virus-altered season by the South Carolina High School League.

But, while Dutch Fork should complete its region schedule next week, the Foxes will have two non-conference games still to play: Spring Valley at Dutch Fork on October 23, and Dutch Fork at South Pointe (Rock Hill) on October 30.

All games kick-off at 7:30 pm unless otherwise noted.

The state’s varsity swim teams will be competing in upcoming days as other fall sports teams continue their current schedules.

There won’t be spectators this year because of COVID-19 restrictions, but fans can view the meet on the NFHS Network at nfhsnetwork.com.