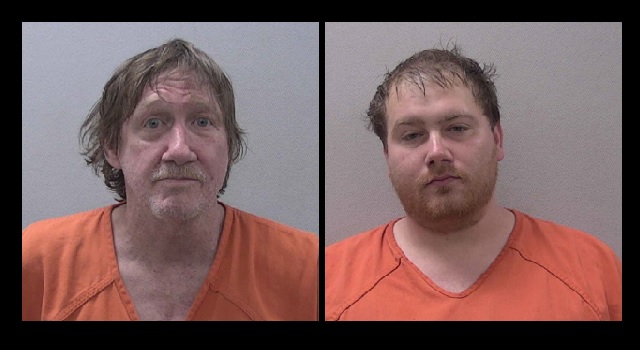 A father and son from Columbia are accused of attempted murder, among other charges, after a Thursday morning shooting.

Anthony Gail Davis, 54, and Antony Ryan Davis, 28, are charged with two counts each of attempted murder, four counts each of pointing and presenting a firearm at a person, and a single count of possession of a weapon during a violent crime, according to arrest warrants. The younger Davis is also charged with being a habitual traffic offender.

“Detectives have reviewed surveillance video and interviewed witnesses before determining the Davises fired shots from a shotgun at two men in a truck traveling on Kenna Drive in Columbia,” Lexington County Sheriff Jay Koon said. “The two men in that truck tried to get away after the first shot, but the Davises went after them and they fired several more shots at a different truck.”

The men driving the first truck the Davises allegedly fired upon eventually lost the father and son in traffic, according to Koon.

“The driver and passenger of both trucks were not injured,” Koon said. “Several houses in the neighborhood were struck by shotgun pellets; fortunately, no one in the houses was hurt either.”

Deputies tracked down the Davises and stopped them shortly after the shooting based on a vehicle description, according to Koon.

“Both Davises were arrested near the scene of the shooting,” Koon said. “They’re both being held in the Lexington County Detention Center.”