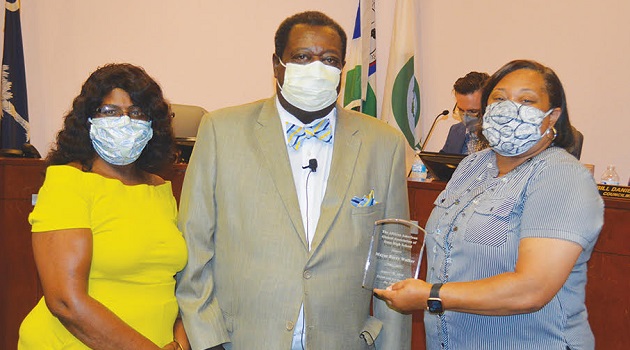 Town of Irmo Mayor Barry A. Walker was given special recognition from members of “The African American Alumni Association of Irmo High School”.

This award was given at the Tuesday, August 18 Town Council meeting and honored Walker as the first African American Mayor in the Town of Irmo.

“I never ran for office to be the first but God had a different plan for me,” said Walker. “Thank you Alumni Association for this honor, the first in 130+ years, and hopefully it won’t take another 130 years to get more African American leaders in Irmo.”