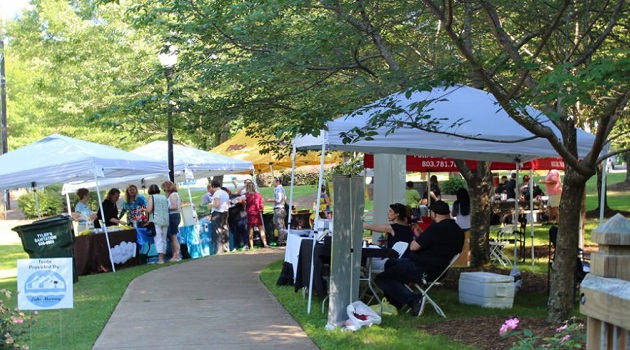 More community events may soon be coming to the town of Irmo.

A small group of citizens showed up at a special town-called meeting Tuesday to consider “events” that could be planned for the Irmo community. Mayor Barry Walker Sr. hosted the meeting.

While it was a small turnout, several ideas were shared by the group, including high school battle of the bands; 5k races; health and wellness events; festivals; rib cookouts; pumpkin patch; songwriter spotlight; Irmo’s own birthday party.

Larry Watts, vice president of the Irmo-based Hybrid Engineering Co., said the amphitheater stage in the Community Park of Irmo could be used by music artists for a songwriter’s spotlight. Irmo could look into any kind of music event, such as a jazz festival or a blues festival.

It was also pointed out that the park could be used for gospel music and even for community church services.

Walker said any event should be considered.

He noted that several national events often have their own celebrations in local towns and cities. The Juneteenth Freedom Fest, a celebration of the emancipation of slavery, is being celebrated throughout the midlands. A major entertainment event is planned for the State Fairgrounds June 18-19.
Irmo resident Ann Winkle observed that the availability of Irmo’s park should be known to the public.

The group also discussed holding events to foster mental health awareness that could focus on some of the problems issue of the times, such as gun violence.

Citizens noted that Irmo recently had its own incident of violence when a resident stabbed his brother.
Walking and running events are always popular, participants noted, and could likely be sponsored by local athletic businesses.

Irmo should also consider having some type of farmer’s market.

Walker recommended having some type of event every month.

The group concluded that there should be a “calendar” of events to use for planning purposes.

Tuesday’s gathering was a first step. All of those attending the gathering were invited to become part of the “events committee” that would organize a plan and hold regular meetings.

Walker said the group would meet again in another month.