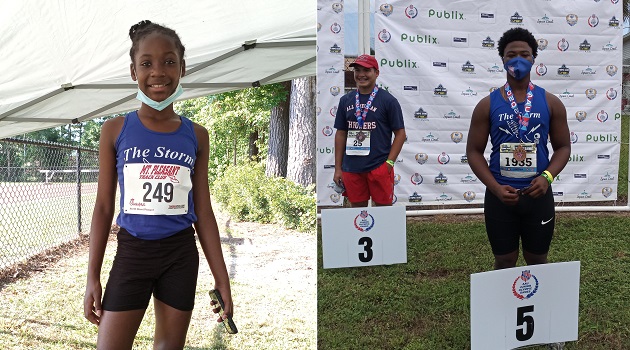 The athletes are a part of The Storm Track Club but do to the pandemic there was no season, but these athletes decided to continue to work hard and compete. Coaches Patrick Martin, Caldwell Francois and Robertta Burton put in the time and helped them train.

Chantice Burton placed 4th in the Nation in 100m and long jump.
Jalen King 5th in the shot put and 6th in discus throw.