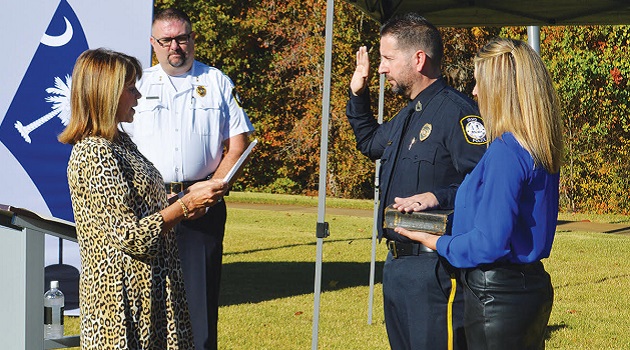 SFC. John Hendricks was sworn in as the Assistant Chief of Police of the Irmo Police Department on Friday, Nov. 12.The ceremony was held in the Irmo Veterans Park and was directed by Chief Bobby Dale. Hendricks received the promotion of Major along with his new title. Hendrick’s family and wife, Lacey, observed the swearing-in along with members of the Irmo Police and Irmo Fire. Councilman Erik Sickinger and Councilman Bill Danielson were in attendance also.