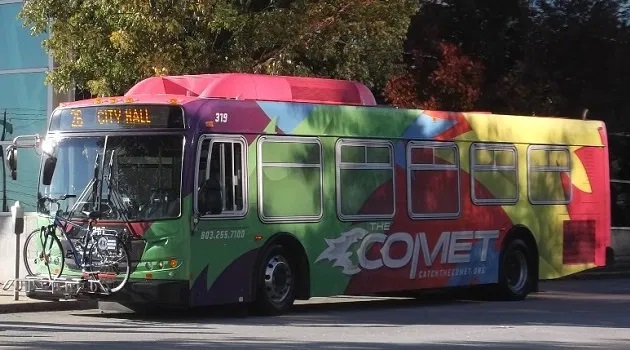 Local citizens responding to a survey asking about new bus stops say it would have a negative effect on the town, according to a review of responses.

But Sickinger said a lot of the negative comments are sparked by social media posts from sites like “The Citizens of Irmo.”

And the logic behind the comments is questionable, according to council members.

A comment that the new bus routes would be “setting up a population of homeless people” has no basis, some council members noted in a lengthy discussion.

Currently, Irmo only has two stops for the Comet bus system. One is located at the Midlands Technical College-Harbison Campus, and the other is on Lake Murray Boulevard near College Avenue.

Some critics say Mayor Barry Walker has a conflict of interest on the issue since he serves on The Comet’s board of directors. But Walker said he only serves in an advisory capacity.

The council agreed to continue receiving results from the survey for another two weeks and to consider which neighborhoods are responding.

In other action, the council discussed a request for an additional $13,000 for work on a community garden project. But some council members said the group undertaking the project could likely find donors.

The sponsors of the projects had hoped to complete a total of 64 to 68 beds, but due to increasing costs are not limited to 20 to 30 beds.

The project, located on a 10-acre plot of land in the Friarsgate community, is sponsored through a partnership between Irmo and the Ivy Heritage Foundation.

The council also held a discussion on the need to clear trees and stumps from the new addition to the community park to make sure parking areas are available before the next Okra Strut Festival.

The council also agreed to consider a deadline for submissions to the Town Flag Committee for a brand new flag for the town. Sickinger said the council might consider having students from local schools participate in the selection process.

The council also discussed reports of shootings in the Irmo area and solutions to address problems in neighborhoods such as Harbison Gardens.

The council agreed it was time for another “summit” with law enforcement leaders on the problem.

The council held a lengthy discussion on the town’s zoning process in the wake of another request that came before the planning commission for a large apartment complex near Dreher Shoals Road and Farming Creek Road. That request was denied as the commission approved “residential” zoning for the site, now zoned fringe agricultural. But council members said such requests continue to rise in the Irmo area as developers seek ways to bypass restrictions