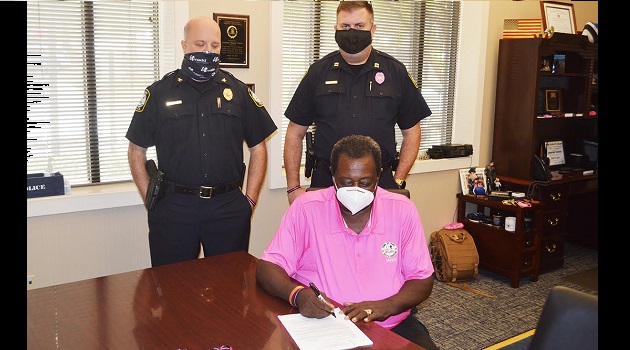 New police radios to be purchased

The Town of Irmo received a Justice Assistance Grant from the Office of Highway Safety to purchase much-needed police radios for the Irmo Police Department. “Some of our radios are as old as 2003,” said Irmo Police Chief Courtney Dennis. “And we’ve been warned that by 2025 most of our radios will no longer be in compliance with the new technologies.”

The replacement cost of all the police radios, which include roughly 47 radios in cars and on the person of the officers, would run nearly $272,000. The grant is providing the town with $79,800 towards the purchase of new equipment.

“Our current radio platform is not encrypted which is what other agencies in the area are going to,” said Dennis. “By receiving these types of grants it will allow us to communicate better not only in the town but with these other agencies that are using encryption.”

The federal government provides these grants yearly and the Irmo PD will continue to apply for the grant. The money can only be spent on the purchase of new radios.

“These grants keep from adding that $272,000 to the town’s budget,” said Irmo Mayor Barry Walker. “Not only should the police department find more grants but other agencies in the town as well to help offset some of the strain on the town’s expenditures.” Irmo recently hired Renee Caveness as it’s grant writer to help locate these funds and others like them.