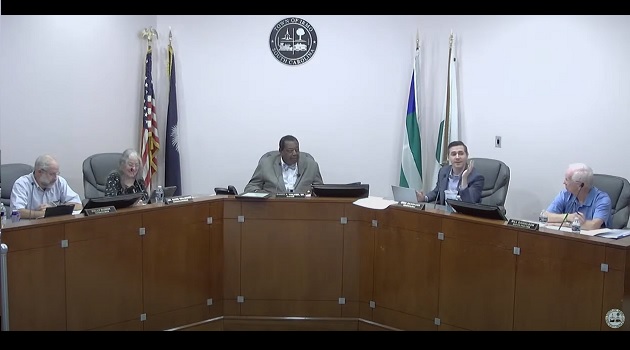 The Mayor of the Town of Irmo called a special meeting on Tuesday, May 31 to discuss the Broad River Road widening project that has been on and off for the last few years originally stemming from Richland County’s Penny Program. The project widens Broad River Rd. from two lanes to five lanes from Royal Tower Rd. to the intersection of Dutch Fork Rd and Broad River near the Chic-fil-A.

The SC Department of Transportation was contacted by State Representative Nathan Ballentine back in March to look at the project and possibly manage the operation effectively taking it out of the Richland County’s hands. According to Ballentine, he has met with SCDOT a few times over the past few years trying to find a quicker resolution. In a letter from SCDOT to Rep. Ballentine, Christy Hall, Secretary of Transportation, stated that ‘SCDOT is agreeable to take over the management, design and construction of the Broad River Rd. project if requested by Richland County.’ Ballentine stated that he didn’t care who completed the project just as long as it gets accomplished.

Mayor Barry A. Walker, Sr. made a motion for an ‘approval to send a letter’ to the Richland County Transportation Committee from the ‘the whole of council’ in support of the county continuing with the project. The motion was not seconded so no discussion was permitted to follow on the subject. “Nobody wants to second it for discussion?” asked Walker. “Is that true? You don’t want to discuss it?” The mayor went on to say that ‘this is a major project we’ve been working on with the county for months…and I’d like to pen a letter in support of the widening project.’ The mayor commented, “I worked hard to get this rescoped and back on the table. If the council doesn’t want to support me I’ll go it alone.”

Michael J. Maloney, Director of Public Works of Richland County, gave a brief update on the widening project during the Presentation by Citizens portion of the council’s agenda. Maloney stated that the project was moving forward and that the county had narrowed the operations window from 50 months to 33 months before actual construction would begin. He stated that he is a resident of the area and understands the need for the project but one of the major setbacks is the acquisition process of land on both sides of Broad River Rd. Maloney asked for the council’s help in that matter. The 150 properties could fall under eminent domain if agreements cannot be reached with landowners along that corridor where the town could expropriate the property for public use.

“If SCDOT takes over the project we’ll be starting all over again,” said Mayor Walker.