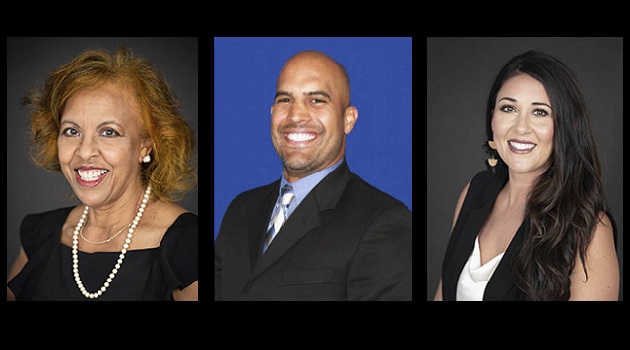 The Richland County Recreation Commission’s Board elected new officers during its meeting on November 1.

New Chair, and outgoing Vice-Chair Donzetta Lindsay, was unanimously elected as the new Chair of the board and replacing outgoing Chair, Robert Lapin. Donzetta Lindsay retired from the Federal Government in 2012 with 40 years of service. Over the past 21 years, she served as a supervisor with the Department of Veterans Affairs. She was the supervisor for the Public Contact Team and Fiduciary Team. The Public Contact Team consists of Veterans Service Representatives who assisted veterans, spouses, and family members in filing claims for disabilities and other veteran benefits. The Fiduciary Team provided for the welfare and financial affairs of incompetent veterans.

“We have made a lot of progress over the past three years. I am looking forward to serving as the chair as we continue to provide quality recreation to the citizens of Richland County,” said Lindsay.

Stephen Venugopal, the previous Secretary, was elected Vice-Chair. Stephen Venugopal graduated from Faith Academy High School in 2000, then went on to earn a B.A. from Lawrence University majoring in Philosophy. He has coached Football and Strength and Conditioning at all ages and levels of Youth Flag Football to Middle School, Freshman Team, JV, and Varsity. In 10 years of coaching at the high school level, he has qualified over 100 athletes for the State Speed and Strength Meet, along with more than 60 Region Champions, 25 All-State Selections, and 3 State Champions. He served as the Region Director for Region 11 of the SCHSSCA (South Carolina High School Strength Coaches Association) from 2010 – 2017. In 2016 he was recognized as the 4A Strength Coach of the Year by the SCHSSCA.

Ashley Miller, one of the four recently appointed commissioners, was elected as Secretary. Commissioner Miller and her husband Brandon have three children: Ava, Eason, and Nora. She attended Irmo High School and has lived in the Columbia area her entire life. Commissioner Miller and her husband own a small investment company in Columbia and own and operate German Autowerks in West Columbia. Friarsgate Park and the Irmo Little League are near and dear to her family. She and her husband have both volunteered for several years, and all their children have played here.

“My team and I are looking forward to working with the new leadership to continue implementation of our strategic initiatives for addressing recreation needs for the citizens of Richland County,” Executive Director Lakita Watson said.

Officers serve in their positions for a 1-year term. The RCRC Board currently meets virtually the third Monday of each month.