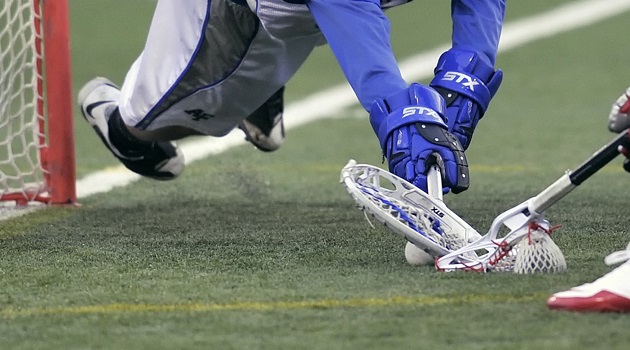 While some early playoff games are coming to an end others are just getting started, and local teams are right there again.

Dutch Fork and Chapin’s varsity girls lacrosse teams took their seasons into the playoffs and just recently completed their runs in the brackets.

After their win over Socastee in the first round early last week, the Silver Foxes took on Wando in round two and finished their season there with a 17-6 loss to the Warriors later in the week.

And, after Chapin’s Eagles won their first-round game against Spring Valley, they went on to beat River Bluff 18-8 in the second round to set up the semifinals matchup with Wando early this week. But the Warriors were on a roll, and this year’s semifinal round was similar to last year.

Wando defeated Chapin 9-8 in the 2021 semifinal game, and this year the Warriors won it 11-6 to advance to the girls varsity 5A state finals against Riverside, just as they did last year.

Wando and Riverside will play for the 5A girls lacrosse state title Saturday at Irmo High School in a rematch of last year’s finals, which Riverside won.

In the 5A varsity boys lacrosse playoffs, Dutch Fork’s Silver Foxes defeated Carolina Forest in the first round last week, and then they were on the road to play Wando on Saturday in the second round.

The Foxes ended their season when the Warriors won that round 13-4 to go to the semifinal round against St. James. It was the St. James Sharks who had ended Chapin’s season late last week when they beat the Eagle varsity boys 18-16 in the second round.

The Eagles had defeated Blythewood 7-5 to advance to the second round against the Sharks.

Now, Wando and Nation Ford will play for the varsity boys 5A state title at Irmo High School Saturday where the Warriors finished as the state runner-up behind J. L. Mann last year.

And while the lacrosse playoffs are nearing an end, the varsity boys tennis postseason is just now into the second round with local teams in the competition.

Irmo opened the 4A playoffs with a 6-0 win against Walhalla on the road Tuesday, and the Yellow Jackets will travel again today, Thursday, to take on Catawba Ridge in round two. The winner will advance to Monday’s third round against Eastside or Dreher.

Dutch Fork’s 5A varsity boys also advanced to today’s second round after beating Socastee 4-2 in round one earlier this week. The winner of today’s Dutch Fork/West Ashley game — a road game for the Silver Foxes — will advance to Monday’s third round against Wando or the winner of the Lexington/Carolina Forest first-round game.

As with the Lexington/Carolina Forest game, Chapin’s first-round matchup at St. James was yet to be finalized at press time.

The boys tennis semifinal round is set for Wednesday, next week, and the state finals are Saturday at the Dr. Eddie Floyd Florence Tennis Center.