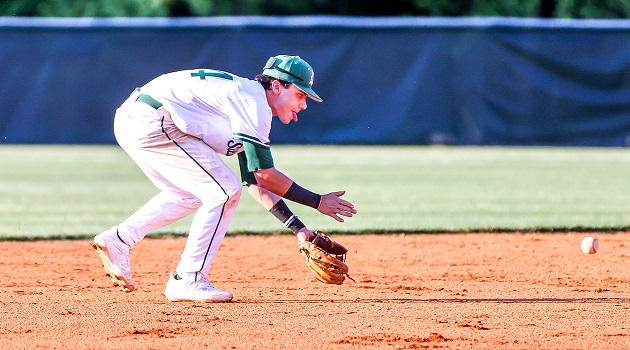 Spring sports playoffs down to one

With other spring sports playoffs already completed, only baseball and softball champions are still to be decided — and District 5 schools had just one team still in competition at midweek.

Dutch Fork kicked-off the playoffs late last week with a lopsided 11-1 win against Ashley Ridge in Round One of the double elimination playoffs, then followed that with another wide margin victory; 16-6 over Berkeley in the second round on Monday.

Early Wednesday Dutch Fork’s opponent in the Lower State District 3 title game was yet to be determined, but the game itself was not. The Silver Foxes will play for the District 3 title at home on Friday against Wednesday’s winner of the St. James versus Berkeley game.

Dutch Fork will need to win only one game to advance, while the opponent will need to defeat the Silver Foxes twice to move forward.

One other District 5 varsity team played deep into the playoffs before taking a loss to a regular season region opponent.

Chapin’s varsity boys soccer team defeated West Ashley 2-1 and then Wando 2-1 in the first two rounds of the playoffs before losing a hotly contested semifinal game 3-1 against Lexington.

The Wildcats advanced to the state championship against Riverside where they finished as the 5A state runner-up.

Photo by Chris Record and GoFlashWin.com