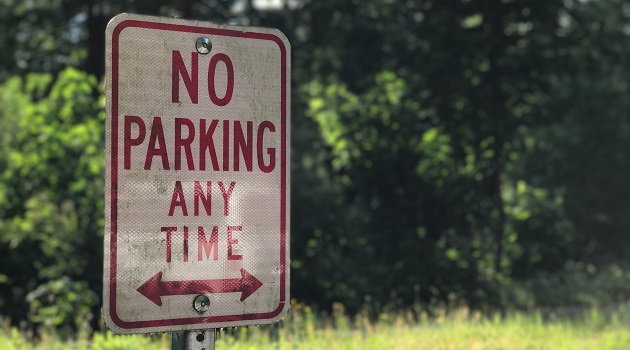 Fines are going up for parking violations in Irmo.

The Irmo council Tuesday approved a new set of fines that are much higher than those imposed by the former code set up decades ago. Some parking tickets that could be paid for around $25 have now gone up as high as $200. The fine for parking in a handicapped parking place will cost $500.

Violators will also face $10 penalties if fines are not paid within five days.

Council members agreed the new schedule will serve as a “deterrent” for parking violators who ignore the no-parking zones.

In other action, the council adopted amendments to ordinances on zoning and land development
that establishes a list of approved tree and planting materials for landscaping plans.

Town officials said out-of-state developers sometimes come up with trees and plants that are more suitable for northern cities, such as New York, that don’t grow well in South Carolina.

Recommended plants include some familiar to the South:: dogwoods, crape myrtles, camellias and magnolias.

The council gave final reading to an ordinance amending the town’s zoning map to correct zoning discrepancies found by the planning commission.

Town officials said the amendment is designed to properly assign zoning designations to properties that have been previously combined or were not accurately depicted in the town’s official zoning map.

The council also adopted an amendment recommended by the planning commission that updates zoning text that was found to have some errors, omissions and vague language.

The council gave first reading approval to annex an acre of land at 33 Busch Oaks Court off Farming Creek Road. The land is zoned for “fringe agriculture.”

The council approved a resolution to acquire 2.8 acres of land near the intersection of Broad River Road and Royal Tower Road. The land is being donated to the town by the owners.

In the new “School Showcase” portion of the meeting, Principal Erin Doty gave a presentation of CrossRoads Intermediate School in Irmo.

Doty pointed out various activities and events that connect students with important issues, such as positive behavior. The presentation showed “dress up days” and “career fairs.”

SC Gold and Pawn was recognized as the April Small Business of the Month.

Mayor Barry Walker said the town of Irmo “takes pride in what we have to offer” in fair housing locations.

The town’s new Events Coordinator, George Frazier, introduced himself to the council and promised to deliver lots of new events for the town in the upcoming year.

John Davis, a candidate for House District 85, also introduced himself to the council. Davis is seeking the seat now held by Rep. Chip Huggins, who is stepping down.

Other candidates who have announced for the seat include Rebecca Blackburn Hines and Catherine Huddle, both members of the Lexington-Richland 5 school board, as well as Columbia attorney Christian Stegmaier and local businessman Jay Kilmartin.

During the citizen input session at the end of the meeting the council heard a complaint that Dominion Energy “butchered” shrubs while doing some work along Columbia Avenue. The council agreed to look into the problem.

2022-04-20
Previous Post: Columbia man shot his way into home, tried to kill man
Next Post: Okra Man on the road