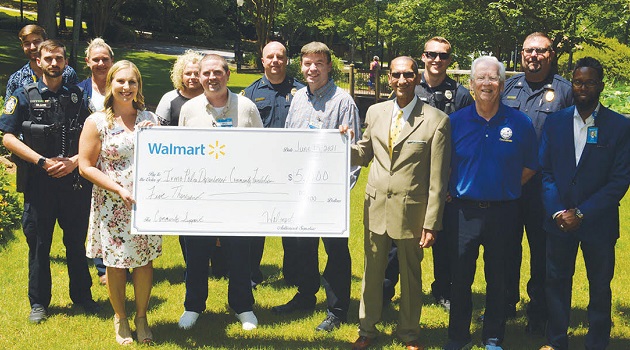 Walmart presented a check worth $5000 to the Irmo Police Department Community Foundation on Tuesday, June 15.

“The IPD Community Foundation bridges the gap between law enforcement and community,” said Irmo Police Chief Courtney Dennis. “All the donations go back into the community by aiding those in need or supporting those who have come upon hard times.

The money is part of a long history the Irmo Police has had with Walmart over the years.

“We end up right back at Walmart spending all this money they have given us,” says Hamed Javad, President of the Irmo Police Department Community Foundation. “The manager, Bill Hightower, has been a solid trooper with an incredible heart by being able to give as much as Walmart has.”