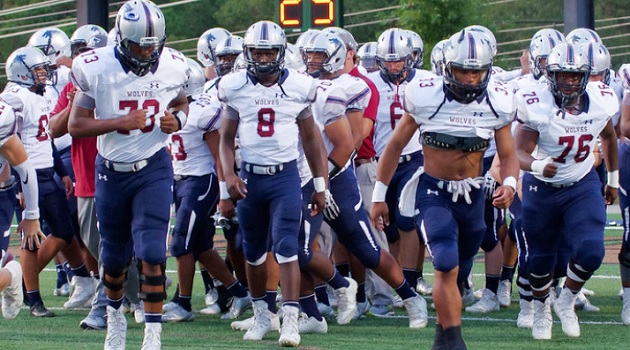 He replaces Dean Howell, who leaves at the end of the school year after serving as WKHS athletic director/football coach for eight years.

Early February, Pelham begins teaching physical education at WKHS. On July 1, 2021, he assumes the role of athletic director and coach.

Pelham comes to Lexington District One from Dutch Fork High School in District Five of Lexington and Richland Counties. As assistant football coach there, he served as defensive coordinator since 2016. DFHS won five consecutive state football championships and boasted a 65-1-1 record over the last five years.

Under Pelham’s leadership, the DFHS defense allowed the Class 5-A fewest points per game in 2018 and 2020. Pelham implemented a new defensive scheme during his tenure, resulting in the team consistently holding opponents to less than 4.2 yards per play during his tenure.

“I have been fortunate to work in programs that have had great players and coaches,” said Pelham. “I am extremely excited to get started at White Knoll High School and create relationships with the players, their families, and our staff. We will work hard to create a cohesive and successful program where while we compete for championships, players have positive experiences.”

Pelham began coaching and teaching 24 years ago at Onsted High School in Onsted, Michigan. He coached football and baseball at OHS from 1997–2000.

From 2000–2003, he served as defensive coordinator at Tecumseh High School, where the team made three playoff appearances in four seasons.

He then led the defense at Owosso High School from 2004–2006 before heading to South Carolina, where he served as an assistant coach and defensive coordinator at Dutch Fork High from 2007–2009.

Pelham left DFHS to serve as defensive coordinator at Richland Northeast High School in Columbia from 2010–2011 and Westwood High School in Blythewood from 2012–2015.

While at Westwood High, the team increased their wins from just one win in 2012 to 27 wins in his last three seasons. Pelham saw 11 defensive players sign to play college football during his tenure at WHS.

“We are excited and feel very fortunate to have an educator of Nick’s quality lead our athletic department,” said Ted Daughtrey, WKHS principal. “On the football field, he has a proven track record of high expectations for his players, and those expectations have allowed him to experience unprecedented success as a coach.”

Pelham, a native of Michigan, holds a Bachelor of Arts in history from Adrian College. He also earned a Master of Arts in education leadership from Capella University. He is certified to teach English, history and physical education.