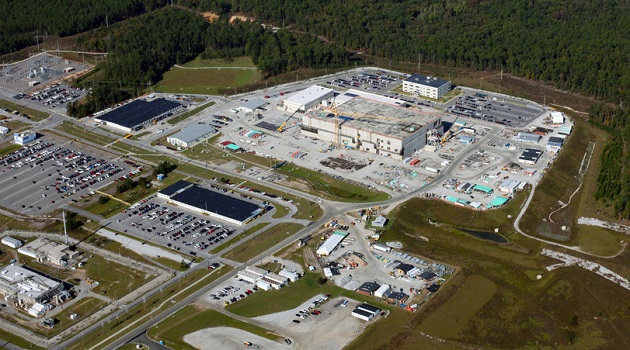 Congressman Joe Wilson released the following statement after the announcement of a historic settlement between the Trump Administration and the State of South Carolina regarding the removal of 9.5 metric tons of plutonium from the state. South Carolina will receive 600 million dollars as part of the settlement:

“As a Member of the House Armed Services Committee, it has always been my top priority to promote national security and protect the citizens of the Second District of South Carolina. My first vote in 2002 to send a National Defense Authorization Act to the President’s desk included provisions that protected the people of the Second District. These provisions were economic and impact assistance payments to be paid if the Department of Energy (DOE) abandoned its promise to process or remove weapons-grade plutonium from South Carolina and that is what DOE did.

“Today, thanks to the hard work of Attorney General Alan Wilson and his legal team, working with Energy Secretary Dan Brouillette, South Carolina is receiving what is long overdue. These funds should go directly to the communities that were most impacted by DOE ending the Mixed-Oxide Fuel Fabrication (MOX) Facility project. That is why I wrote a letter to Governor Henry McMaster, Attorney General Alan Wilson, Speaker of the House Jay Lucas, President of the Senate Harvey Peeler, Chairman Hugh Leatherman, and Chairman Murrell Smith requesting that a significant portion of these funds remain in the counties where the Savannah River Site is located.

“The counties of Aiken, Allendale, and Barnwell were most impacted by the 1,700 jobs lost due to the DOE’s abandonment of MOX. I look forward to working with local community leaders for job recovery. Through economic development initiatives, academic investment, and rural broadband deployment, we can utilize these reparation funds exactly how the provisions in law outlined and create meaningful jobs in the Second District.”

As part of the 2002 legislation on the MOX facility, Congress required that in the event the MOX facility failed to achieve its production goals, DOE would be required to remove the plutonium shipped to South Carolina for processing.

The statute said that if the MOX production was not met and the material was not removed by a certain deadline, then DOE would be required to remit economic and impact assistance payments to South Carolina in the amount of $1 million per day for each day that certain milestones went unmet, up to a maximum of $100 million per year.

In 2018, former-Secretary Perry exercised his right under the statute to terminate the construction of the MOX facility because the inherited project was estimated to be approximately $13 billion over budget and 32 years behind schedule.

Currently, 9.5 metric tons of plutonium remain in South Carolina. The next statutory deadline for removal is January 1, 2022, after which DOE would be required to pay $1 million a day, up to a maximum $100 million a year out of its budget until all the plutonium is removed. Through the current DOE process of plutonium removal through “Dilute and Dispose”, a method that is proven safe and effective, the timeline for removal would exceed the January 1, 2022 deadline due to this time-intensive approach.

The current timeline projects the 9.5 metric tons will be completely removed by 2049, which means that without the settlement agreement, DOE would be subject to economic and impact assistance payments of more than $2 billion.

This settlement provides payment of $600 million to the State of South Carolina. Additionally, South Carolina will waive its right to bring any lawsuit against DOE for the removal of the plutonium until 2037. DOE will be relieved of paying statutorily required payments until 2037.