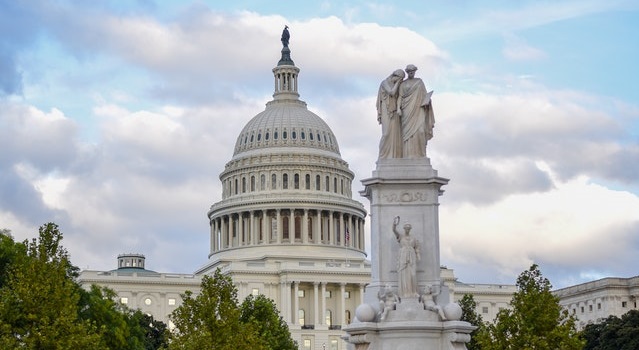 Washington, D.C. – 37 Republican members of Congress today issued the following statement in advance of the joint session of Congress at 1:00 p.m. today.

In the joint session of Congress today, we will vote to sustain objections to slates of electors submitted by states we believe clearly violated the Constitution in the presidential election of 2020. This is our solemn duty, and our position on this threshold legal question has been widely known and published for weeks.

On December 10, 2020, we filed an amicus brief in the U.S. Supreme Court on behalf of 126 Members of Congress (linked here), in which we urged the Court to immediately address the fact that four battleground states (Georgia, Michigan, Pennsylvania and Wisconsin) violated the plain language of Article II, Section 1 of the Constitution in their selection of presidential electors. Citing insufficient standing, as opposed to the merits of the underlying case, the Supreme Court declined to resolve the urgent issue.

Because the Framers of our Constitution recognized elections were susceptible to corruption, they created the Electoral College as a safeguard and expressly empowered state legislatures to ensure the integrity of our unique election system. Only the state legislatures were given the authority to direct the manner of appointing presidential electors. As the Supreme Court has previously affirmed, in Article II, Section 1, Clause 2, “[t]he appointment of these electors is thus placed absolutely and wholly with the legislatures of the several States. . . .[That authority] can neither be taken away nor abdicated.” McPherson v. Blacker, 146 U.S. 1, 34-35 (1892).

In the four subject states, the legislatures did enact detailed rules and procedures by which those states were to determine their electors. However, as explained in our amicus brief, in the months preceding the 2020 election, those well-established rules and procedures were deliberately changed by a variety of other officials, including governors, secretaries of state, election officials, judges, and private parties.

That usurpation of the legislatures’ sole authority, delegated by the Constitution, was a primary reason why the election of 2020 became riddled with an unprecedented number of serious allegations of fraud and irregularities. National polls indicate a large percentage of Americans now have serious doubts about not just the outcome of the current presidential contest, but also the future reliability of our election system itself. We share these grave concerns. However, as it pertains to our constitutional duty as Members of Congress on January 6, we have no express authority or ability to independently prove the many allegations of fraud in the subject states.

Still, we are faced with a seminal legal question. Since we are convinced the election laws in certain states were changed in an unconstitutional manner, the slates of electors produced under those modified laws are thus unconstitutional, not “regularly given” or “lawfully certified” as required by the Electoral Count Act of 1887 (codified as 3 U.S.C. §§ 1, et seq.), and are invalid on their face. Given these inescapable facts, we believe we have no choice but to vote to sustain objections to those slates of electors

Some of our friends and colleagues have cited the Twelfth Amendment (and Article II, Section 1, Clause 3) and asserted that Congress has only one narrow role in the presidential election process: to merely count the electoral votes that have been submitted by the states. Yet our friends have overlooked a critical, first principle. Their assertion is only true so long as Congress is first convinced those electoral votes were not produced by a process that violated the strict provision of Article II, Section 1, Clause 2.

In our unique system, Congress is positioned as the last bulwark in a presidential election to ensure the Constitution has been followed. Indeed, just two decades ago, the Supreme Court plainly acknowledged this important deliberative role of Congress.

In Bush v. Palm Beach County Canvassing Bd., 531 U.S. 70, 77 (2000), all nine justices noted that strict adherence to the provisions of the Electoral Count Act may “create[] a ‘safe harbor’ for a State insofar as congressional consideration of its electoral votes is concerned.” However, the unanimous Court cautioned: “Since [3 U.S.C.] § 5 contains a principle of federal law that would assure finality of the State’s determination if made pursuant to a state law in effect before the election, a legislative wish [by a state court] to take advantage of the ‘safe harbor’ would counsel against any construction of the [state’s] Election Code that Congress might deem to be a change in the law.” Id. (emphasis added).

Eight days later, in their concurring opinion in Bush, et al. v. Gore, et al., 531 U.S. 98, 113 (2000), Chief Justice William Rehnquist and Justices Antonin Scalia and Clarence Thomas, reiterated that “[a] significant departure from the legislative scheme for appointing Presidential electors presents a federal constitutional question” regarding the “application of Art. II, §1, cl. 2.” By its clear language, they affirmed, only state legislatures, and not state courts or any other officials, are constitutionally authorized to determine the manner by which presidential electors are selected.

That is why, as Justice Ruth Bader Ginsburg explained in her dissent (on other issues), although the Electoral Count Act identifies significant dates in the process of ascertaining and counting presidential electors, “none of these dates has ultimate significance in light of Congress’ detailed provisions for determining, on ‘the sixth day of January,’ the validity of electoral votes. [3 U.S.C.] § 15.” Id. at 144.

When an objection is duly presented, Members of Congress may draw their own individual conclusions as they determine the validity of the electoral votes at issue—but, in light of the plain language of the Constitution, the Electoral Count Act, and the per curiam opinions of the Supreme Court, it simply cannot be said that we are not charged with the full responsibility of making such a determination.

In previous presidential elections, our House Democrat colleagues have often agreed. Indeed, stating a variety of concerns, they have presented objections during the electoral count of each Republican president over the last 20 years. In 2005, when a Senator joined a House Members’ objection to the electoral votes cast in the State of Ohio citing voting irregularities, 31 House Democrats ultimately voted to reject Ohio’s slate of electors.

Our extraordinary republic has endured for nearly two and a half centuries based on the consent of the governed. That consent is grounded in the confidence of our people in the legitimacy of our institutions of government. Among our most fundamental institutions is the system of free and fair elections we rely upon, and any erosion in that foundation jeopardizes the stability of our republic.

We understand that our support of objections in the joint session may not be sustained by a majority of both houses of Congress. Our oath, nonetheless, is to “support and defend the Constitution of the United States,” and to “bear true faith and allegiance to the same.” Taking this action today will not undermine our beleaguered institutions, as some critics charge, but rather reinforce and defend them. Our support of objections will not diminish the value of the vote of any individual citizen, but rather protect that value, by ensuring the Constitution is followed and by restoring the confidence of all Americans that the rule of law will be upheld today, and our elections in the future will remain secured.