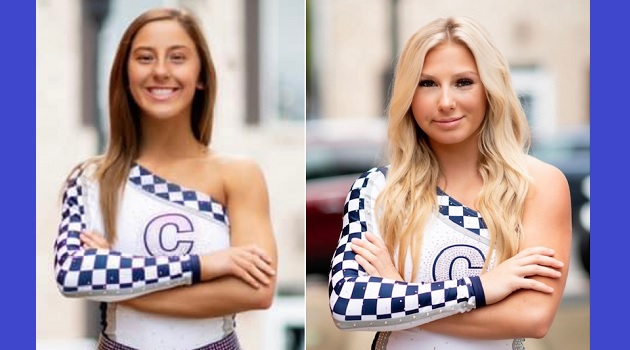 Two Chapin High School varsity cheerleaders have earned statewide recognition. Anna Ruff was named the South Carolina 2021 State 5A Cheerleader of the Year and Macie Dickey was selected as the 2021-2022 Region V 5A Most Valuable Player.

Ruff has been on the Chapin Cheerleading team for six years and has earned five State Championship wins during that time.

“I was surprised and humbled to win the 2021 5A Cheerleader of the Year award,” Ruff said. “I am honored to represent Chapin High School and Chapin Varsity Cheer. It is truly a blessing to receive such a prestigious award. I am thankful for the years of guidance from my coaches and support from my teammates. I am forever grateful to be a part of Chapin Varsity Cheer”.

Chapin Varsity Cheer head coach Vicki Williams said, “Anna is a talented cheerleader athletically, however, her positive attitude and leadership was a huge factor in leading the team to a 16th State Championship. We are so proud of her and know cheer will continue to be part of her future in the years ahead!”

Chapin High School varsity cheer won their 16 state title and were named the South Carolina High School League Division 5A State Champions on November 20, 2021 at the Colonial Life Arena. The team finished with a score of 349 which was 11 points shy from a perfect score.

Macie Dickey served as the team captain and was instrumental in leading the team to become State Champions.

“Being selected as MVP is a huge accomplishment that I’m very proud to receive,” Dickey said. “I am very humbled to have been chosen for this award out of some of the most talented athletes and best coaches in the Region V 5A region!”

Williams added, “Macie is an incredible athlete, positive role model for her peers, and her huge work ethic is an inspiration to her teammates.”

Since competitive cheer became a sport, Chapin is the only high school cheer team to win state titles in 2A, 3A, 4A and 5A divisions. The Chapin High School cheer coaches also have made history by achieving more state titles than any other South Carolina coaching staff.

“Anna and Macie are incredible kids, both on the mat and off,” said Chapin High School Principal Michael Ames. “I’ve been fortunate enough to watch them grow and compete over the last four years and can think of no one who deserves this recognition more. They demand the best of themselves each and every day and expect the same of their teammates. In addition to their unparalleled work ethic and achievements, they are two of the kindest, most respectful young ladies I know. I am so proud of them and feel blessed to have them as part of the Eagle family.”