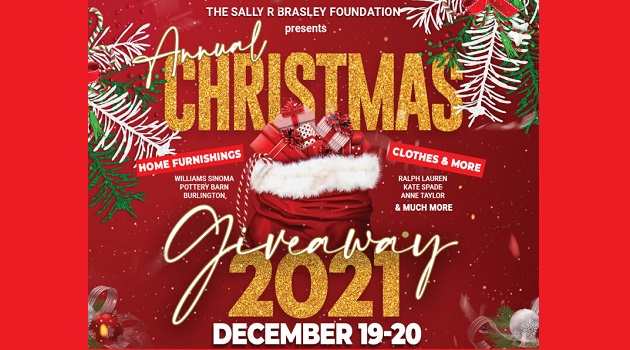 The Sally R. Brasley Foundation will be holding its 2021 Annual Christmas Giveaway on December 19-20, starting at 10 am.

During the event, families will be able to receive furniture, clothing, packaged food and other hygiene and household items at no cost. The giveaway will take place inside Dutch Square Mall (near the old Belk Store). To register for the event visit thebrasleyfoundation.org. Register early, items will be given out in order of registration.

The Sally R. Brasley Foundation was established in 2010 by Roger Brasley, Jr. in memory of his late grandmother Mrs. Sally R. Brasley. Her lessons are still being passed on to hundreds of young adults to this day through the community outreach initiatives her grandson, Roger Brasley, Jr., has committed his life to. The foundation is committed to enhancing the lives of young adults throughout the Midlands. In 2011, the foundation awarded its first Sally R. Brasley Giving Hands Scholarship to a young trailblazer and nearly 10 years later more than $1 million dollars have been awarded to young scholars.