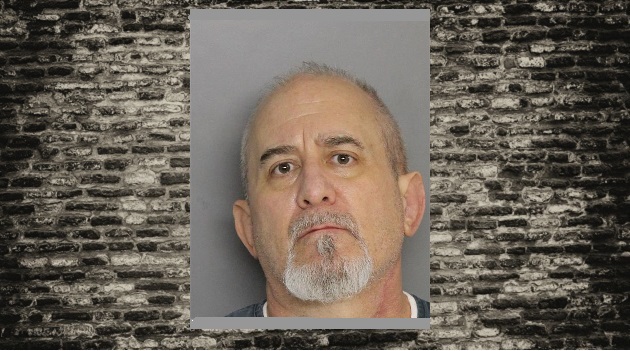 Barry Wayne Jones, a 57-year-old man from Edgefield County, was sentenced to thirty-five (35) years in prison following his conviction in Edgefield County for the murder of Milledge Hall, age 63. The Honorable Walton J. McLeod, IV, presided over this jury trial that began on Friday, December 3, 2021, with jury selection and concluded late Monday night on December 13, 2021. Jones is not eligible for parole under South Carolina law.

Following the trial, Solicitor Rick Hubbard said, “This was an extremely difficult and hard-fought case that took a great deal of teamwork. I am grateful that the collaborative efforts of my office and law enforcement resulted in closure to the victim’s family.”

Jones murdered Milledge Hall on May 7, 2018, at the Johnston Pool Room by shooting him twice with a .38 revolver. Hall later passed away from his injuries at a hospital in Augusta. During the trial, the evidence presented showed that Hall’s grandson owned the Pool Room and that Jones stopped by. The evidence showed that Jones left the Pool Room around 6:25 p.m., to later return around 7 p.m. after loading his Mercedes with an arsenal of guns and ammo. During this time, Jones also sent a text message to a friend asking if the friend could calm him down because he was going to kill the victim.

According to witnesses, when Jones returned, Hall intended to tell Jones he was no longer welcomed at the establishment because of his behavior two days prior. Video footage from the Pool Room showed that when Jones pulled up, Hall walked outside to talk to him while Jones sat inside his vehicle. Witnesses testified that, during the conversation that lasted almost nine minutes, they heard Hall telling Jones that he needed to leave and not come back. Hall then turned to walk back towards the front door of the building. Jones then summoned Hall back to his vehicle by calling his name out. The video footage showed that Hall then turned and walked back towards Jones’ vehicle while waving his arms in the air telling him to leave. When Hall got around the front of Jones’ vehicle, Jones exited his vehicle, shot Hall twice with a revolver, and then fled the scene.

Officers with the Edgefield County Sheriff’s Office located Jones in his Mercedes approximately thirty minutes later driving down Hwy 25 North towards Greenwood. Officers ultimately followed Jones to a remote area off of Log Creek Road where Jones’ backed his Mercedes into a cutout and opened fire on officers with an AR-15 rifle. Jones struck one of the officer’s vehicles. Officers returned fire ultimately striking Jones. Jones then shot himself. Officers were able to move in and take custody of him. Multiple pistols, a safe with ten-thousand dollars in cash, and enough ammunition to kill every officer in Edgefield County were found inside Jones’ vehicle. The evidence presented at trial was that Jones shot twelve (12) times in the direction of one of the officers. Fortunately, no officers were injured.

The jury convicted Jones of the murder of Milledge Hall, however, the jury did not return a conviction for the attempted murder of one of the officers.