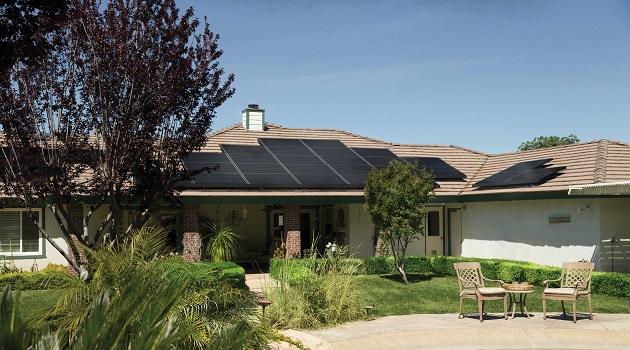 Over the past decade, rooftop solar has become a reliable yet affordable option for citizens to produce their own electricity thanks to new technology and smart public policy.

South Carolina has become a leader in the Southeast for our forward-thinking approach to solar energy policy. In 2014, the General Assembly passed – and then-Governor Nikki Haley signed into law- the Distributed Energy Resource Program Act, which laid the groundwork for the solar industry to flourish in our state. Two years ago, I was proud to build upon the success of the Distributed Energy Resource Program Act by co-sponsoring the South Carolina Energy Freedom Act (EFA) – a bill that passed unanimously in both the House and Senate.

The EFA removed caps on rooftop solar, which has led to an even bigger rooftop solar “boom” in our state. In fact, Audubon South Carolina released a study last year that found that the solar industry in South Carolina has a $1.5 billion impact, contributes to more than $58.8 million in state and local taxes annually, and supports 7,250 South Carolina jobs.

While the policies in the EFA have had a tremendously positive impact on our state over the past two years, the law calls for the two investor-owned utilities in South Carolina, Duke Energy and Dominion Energy, to present plans to the Public Service Commission to revise these net metering policies by June 1, 2021.

Over the past year, Duke Energy and the solar industry worked hand-in-hand to develop a new plan called “Solar Choice Net Metering” – an innovative program that will benefit all ratepayers. If approved, this program could save future rooftop solar customers in Duke’s territory thousands of dollars in upfront costs while also reducing utility costs for all consumers.

Unfortunately, South Carolina’s other investor-owned utility, Dominion Energy, has introduced a plan that would significantly cut customer savings and could eliminate rooftop solar options for customers in the Midlands and Lowcountry.

As you may recall, Dominion Energy came to South Carolina with big promises. They seemed supportive of renewable energy and customer choice. But now, their true colors are showing. Instead of working with the solar industry to find a compromise solution, Dominion has decided to introduce a plan that combines some of the worst solar policies from all across the country into one flawed scheme.

This is particularly concerning given that they agreed to a net metering plan in their home state of Virginia last year which allows Virginians to generate more than three times the amount of rooftop solar there. It seems as if Dominion is treating our state differently, favoring the residents of Virginia.

The EFA has become a model policy for states across the Southeast and placed South Carolina at the forefront of a growing clean energy economy. This act dictates that any changes to rooftop solar policy continue fostering solar growth and the economic impact to South Carolina that comes from customers investing in solar. I believe Dominion’s new solar plan ignores this clear legislative intent and the law.

South Carolinians largely agree that we should allow the solar industry to flourish. Polling sponsored by the Palmetto Conservative Solar Coalition and the Alliance for Solar Choice reported that eight out of 10 voters believe the state should rely on more than or the same amount of solar energy it does now. It’s especially encouraging because support is strong across party lines. Now is not the time for South Carolina to change course.

It is my hope that the Public Service Commission (PSC) will reject Dominion’s plan and keep retail net-metering in effect as the prevailing solar policy. If you feel the same, I encourage you to EMAIL the PSC at [email protected] and attend the Public Service Commission’s public virtual hearing on March 23rd to tell them we need more energy choice in South Carolina – not less.