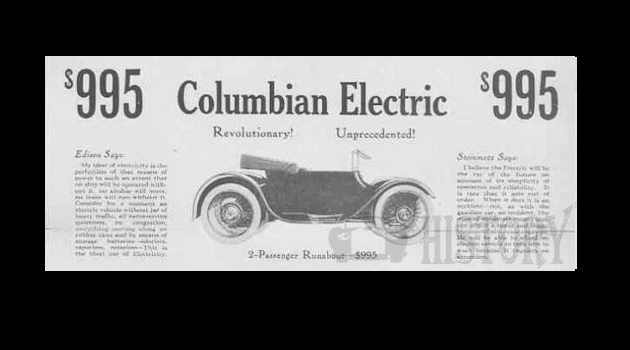 Driving with a Charge

Electric (EV) cars are nothing new. A little personal history

Electric cars were popular back in the 1900s to 1930 when Mr. Ketteriing invented the electric Starter.

Before the electric starter, it was Necessary to “hand-crank” and engine Internal combustion engine. The “hand-cranking” could be dangerous, for if the engine backfired or “kicked back” During starting the backspin of the crank could break one’s hand, wrist, or arm.

My first ride in an electric car was in 1943 when I was brought home in a 1914 Columbia Electric car from the hospital after being born.

However, another reason for an electric car was gas rationing during the Second World War. My Parent’s car had an “A” sticker on the windshield, which meant they could only buy 4 gallons of gasoline per month.

My Great Uncle had a pair of 1914 Columbia electric cars in a barn so he and my father put new batteries in them and they were our family’s transportation until gas rationing ended in 1946.

That’s enough of my personal electric car history. By the way “JIM470” thanks for your Email to [email protected]

I hope this answers your questions.

Until next week-charge on!
JIB