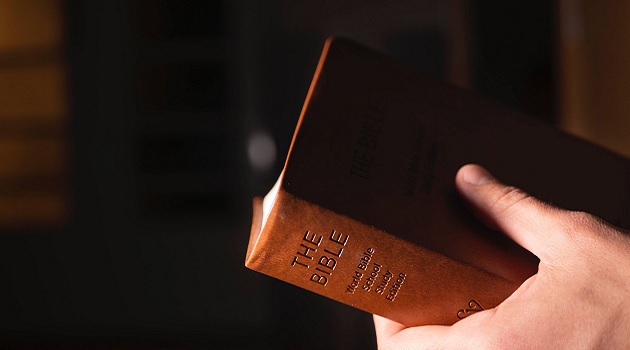 How the Bible Was Formed Part 4

We conclude our Biblical series with the New Testament, which is the story of the Messiah, Jesus, who was predicted in the Old Testament to come to Earth as both God and human to serve as a sacrifice for our sins so believers will have eternal life. Smith and Bennett in their book, “How the Bible Was Built,” said early Christians were Jews and revered the Jewish scriptures. They believed Jesus would return during their lifetimes and didn’t see the need for separate Christian scriptures. As generations passed, however, leaders wanted to create a new book that reflected both the Jewish scriptures as well as Jesus’ teachings. Up until 70AD, there were mainly verbal accounts of Jesus. Experts believe that the book of Mark is the oldest, action-filled Gospel (which means Good News) and describe it as blunt and powerful. Ten years later, Matthew’s book, which focused on saving the Jews, appeared and contained many of Mark’s accounts. The Gospel of Luke (a Greek physician and superb writer) relied on Mark, came a decade later and stated that Jesus was a Savior to all people. He emphasized Jesus’ compassionate healing powers with the sick, disabled, and diseased. Thirty years after Mark’s book (100AD), John’s book emerged with different accounts of Jesus and His teachings. During this time, the accepted Gospels were being transcribed and distributed amongst the churches. Thus, the Gospels were written over a 30-year period and became the foundation of the early church.

Paul’s letters to the churches were written before the four Gospels. Paul never met Jesus yet he is responsible for writing 30% of the New Testament. In the early church, there were many debates and inaccurate interpretations about Jesus’ teachings. Smith and Bennett reported, “Paul’s letters are a mixture of practical counsel on how to handle problems in the church, judgments on how Christians should behave, and passages dealing with theological questions such as the motive and mission of Jesus Christ.” Scholars believe he wrote other letters but only ten survived which are part of the New Testament. The book of Acts tells of Paul’s action-packed missionary journeys which were very popular readings for early Christians who wanted to know more about him. Christian leaders recognized the importance of Paul’s letters and retrieved them from all ten churches to preserve them in one collection. Today’s scholars are able to run computer analysis of Paul’s letters to their writing styles and have determined that others may have played a silent role in their development such as Paul’s companions Barnabas and Timothy. In some books, like Hebrews, the author is unknown, but it was so well written, it inspired a Christian faith renewal when later generations were less spiritual. While there are other New Testament books and letters not mentioned here, the last book of Revelation was written by John (the only disciple who wasn’t martyred) which tells of the end times when God’s true purpose will be revealed.

In 150AD the Christian church didn’t have a New Testament but used the four Gospels, Jewish scriptures, and Paul’s ten letters in their worship services. Hundreds of years passed until Jerome translated the Bible into Latin, followed by Martin Luther, who wrote the German Bible and is credited with beginning the Protestant Movement when he nailed his 95 theses to the church door. He too included the Apocrypha, mentioned in our earlier articles, as the third part of his version. He didn’t believe it to be God-inspired but good Christian readings.

As time passed, different leaders tried to assemble a New Testament list. Christian scholar Origen separated the known books and letters into two categories: accepted as scripture and disputed books. Surprisingly, John, Jude, and 2 Peter were on the disputed list! Then, in 325AD, Roman Emperor Constantine favored Christianity and convened the Council of Nicaea. One of the scholars named Eusebius drew up the list of books of the New Testament exactly as we have today, although like Luther, he questioned Revelation. So, by the end of the fourth century, the New Testament had reached its final form, although debates continued. The invention of the printing press in 1456 created the first printed Bible. The Roman Catholic Church leaders met in 1516, called the Council of Trent, to declare the Old Testament as Holy Scripture but also accepted the 12 books of the Apocrypha that aren’t in the Protestant Bible. In 1525, Tyndale translated the Bible from Greek to a very popular English version. The Roman Catholic Church was so upset about this translation, it destroyed all of his Bibles and only one exists today! Another tidbit of information is that the original Old and New Testaments were not separated by chapters and verses. When they were broken into sections, flows often were disjointed.

During the reign of King James, there was a fierce debate in the Church of England. He selected 54 scholars to re-write and translate the Bible over a six-year period into what we know today as the King James Bible. Smith and Bennett noted a famous atheist who stated: “It’s probably the most beautiful piece of writing in all the literature in the world.” Since then, 50+ versions of the Bible have been written!

The Bottom Line: Regardless of your religion, the Protestant Bible is a great resource on how to live one’s life and spells out a clear pathway to seek eternal life through the Messiah, Jesus Christ, “The Anointed One.” For a complete, single version of all four articles, visit our non-profit website www.mikedubose.com.