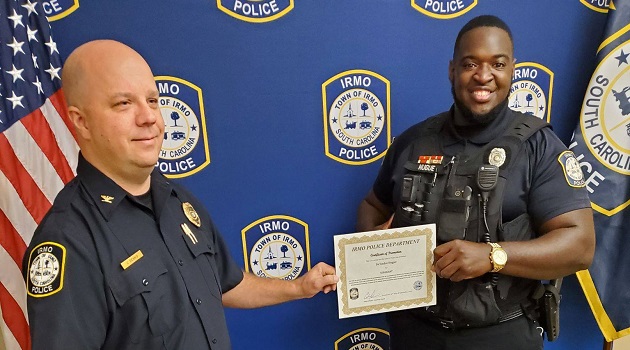 Senior Patrolman De’Andre Hugue was promoted to the rank of sergeant. Hugue performed very well during the promotional assessments and has been with IPD since June of 2014. Hugue will supervise Patrol Squad 3.

Patrolman Ken Neivel was promoted to the rank of Senior Patrolman. Neivel was recently certified as an operator in Speed Measuring Devices and has been with IPD since March of 2019.