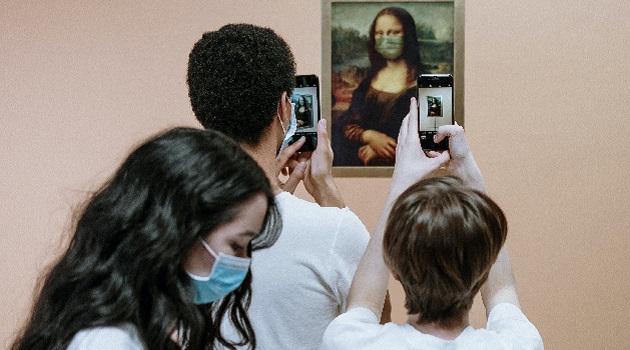 The action, approved by a 3-2 vote, will extend the requirement to November 3. The measure had strong support from Mayor Barry Walker Sr., who has tested positive for the virus. His wife has also been infected by the virus.

Walker said he could have avoided the infection himself if he had worn a mask at his home, but he didn’t, and was infected by the airborne virus passed on by his wife

“I caught it because I didn’t wear a mask,” he said during the remote council meeting.

But one Irmo resident spoke out against the extension during the public comment period.

Mark Kilburn said the masks are not effective and create a lot of fear in the community.

Councilman Bill Danielson continued his opposition to a measure he said should not be mandated, even though a family member contracted the virus.

Councilman Kelly Busch also voted against the measure, which he said is a hollow ordinance that is unenforceable.

“I want to see a healthy Irmo,” he said.

Councilwoman Kathy Condom also favored the extension, noting that it “it is not a political decision but a medical decision.”

The ordinance requires Irmo residents to wear masks in restaurants and retail businesses.

Walker also voiced concern about Halloween trick-or-treating during the pandemic.

“I highly discourage this,” he said.

The council heard a strong complaint from a local events coordinator, Jada Powell, that the town’s policies will cancel her Trunk or Treat event, which she sponsors every year.

It’s not right to “just rip it out from under me,” she said.

Walker advised her personal attacks are not accepted at council meetings.

The town agreed to a proposal from the Irmo Events Committee for another drive-in movie event that will focus on Halloween at the Anchor Lane parking lot. Participants are invited to wear costumes.

In other action the council agreed to approve a Memorandum of Agreement with the Richland County Recreation Commission that would allow the town to convert the old Dutch Fork Tennis Complex located near Friarsgate Boulevard to a dog-park and/or community garden.

Walker said the 9-acre site located in the heart of Irmo would likely be more than a dog park as the town considers the various uses that could be made.

The council approved an award of $10,000 to the Greater Irmo Chamber of Commerce, a disbursement approved during recent budget discussions. The council also approved a change for the October 20 meeting from a regularly-scheduled meeting to a workshop. The council has approved a new schedule of meetings that provides a “workshop” each month designed to be more inclusive to the public.

The council gave third and final reading to an ordinance to rezone property adjacent to S.C. 60 from General Commercial to Neighborhood Commercial. Lexington Medical Center plans to build a family practice facility at the location.

The council also gave third and final reading to an ordinance amendment that increases the annual rental registration fee from $50 to $150 and increases the penalty for non-payment from $100 to $500. The increase was sought to boost town revenues to help meet budget costs.

The council also gave final approval to an ordinance that removes a “jail time” provision for persons convicted of violations of the town’s unsanitary and unsightly conditions ordinance. The council concluded such violations are not serious enough to require someone to go to jail.

The council held a discussion on a $10,000 contract agreement with entertainer Sister Hazel who had planned to perform at this year’s Okra Strut Festival, which was cancelled. The council had reached an agreement to renew the contract and payment for next year’s festival, but directed Okra Strut Festival Chairman Larry Slaughter to review the contract on cancellation requirements.

The council was advised Irmo police officers will be wearing pink badges during the month of October in recognition of Breast Cancer Awareness Month. The badges will help generate conversations about breast cancer awareness and spread information about screening and prevention.

Council members also voice support for a midlands healthcare leader, Barbara Willm, vice president of Community Relations and Development at Lexington Medical Center, who was recently diagnosed with cancer. The council agreed to send her a gift and a message of support. Willm has been involved in community healthcare initiatives throughout the Lexington area.

Adair Piano was recognized at Small Business of the Month for October.