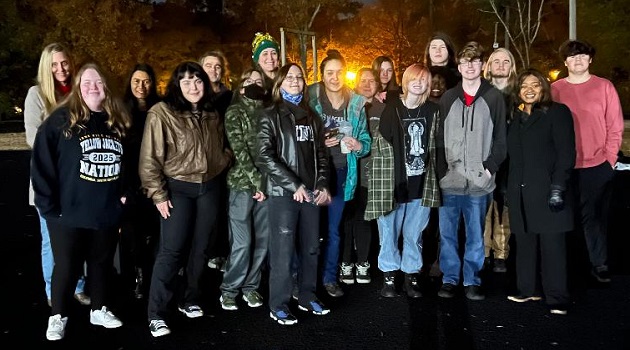 The Irmo High School Astronomy classes met behind the school on December 1 between 8-9 pm to use their telescopes to investigate some of the stellar bodies they have been studying. Nineteen amateur astronomers showed up that night and the weather was perfectly clear.

The classes saw close-ups of the moon, including a variety of craters, mountain ranges and even saw about where the Apollo 11 Mission landed in 1969. Many of the students were able to capture photographs through telescopes. They also were able to see Jupiter, along with three of its Galilean moons, Mars, and the constellations: Cassiopeia and Orion.