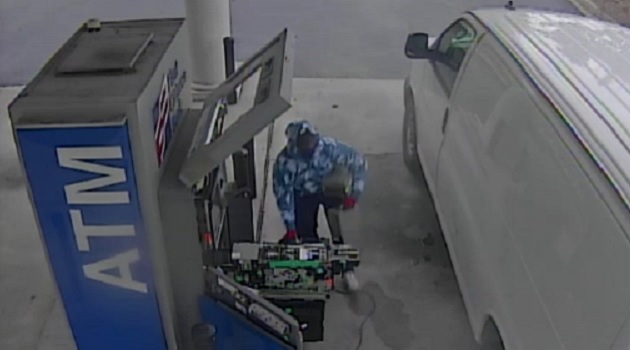 The Irmo Police Department has made an arrest in connection with the ATM Robbery that occurred at the First Citizens Bank on Lake Murray Boulevard. Officials in Harris County, Texas took 28-year-old Deveon Gibbs into custody yesterday afternoon. Gibbs was identified and tied to the robbery with the assistance of the Richland County Sheriff’s Department’s Forensics Lab.

On August 19, 2022, Gibbs and an unidentified female accomplice approached workers as they performed maintenance on the ATM. They told the workers that it was a robbery and then the female sprayed both workers in the face with pepper spray. Both subjects fled with an undisclosed amount of money.

“This arrest would not be possible without the hard work and dedication of the Criminal Investigations Division here at the Irmo Police Department.” Irmo Police Chief Bobby Dale stated. “We received a huge amount of assistance that day from the Lexington County Sheriff’s Department and the State Law Enforcement Division (SLED). Without that, this investigation would’ve taken a lot longer to get off the ground. This arrest would also not have been possible without the assistance of Sheriff Leon Lott and his Forensic Lab who was not only able to identify Mr. Gibbs, but also connect him to the robbery as well.”

Gibbs is no stranger to Law Enforcement as he is currently on Federal Probation for Bank Robbery out of Texas. Once he is returned to South Carolina, he will be charged with Bank Robbery, Kidnapping and Assault and Battery in the First Degree. He will be booked into the Lexington County Detention Center.