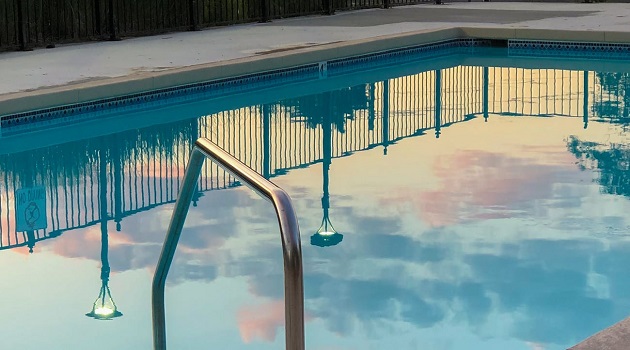 Swimming pools in residential areas of Irmo must be enclosed by fencing as a safety precaution, according to a new ordinance that received first reading approval Tuesday by the Irmo Town Council.

The ordinance would prevent the possibility of drownings from outsiders, particularly children, passing through areas where swimming pools are located. The ordinance also calls for pool owners to keep the waters clean.

In other action, the council voted to table a motion to hold a hearing on revoking a business license for Spring Foot and Body Massage on Woodrow Street after the business owner agreed to surrender the license.

The business was under investigation by the Irmo Police Department for selling illegal activities. But Irmo Attorney Jake Moore said the town and the police department have reached an agreement with the business, which will discontinue operations in Irmo.

The council agreed to award a contract to TC Pro Audio not to exceed $6,800 for the stage and sound set-up for the Okra Strut entertainment events.

There was some discussion about the failure to provide proper lighting on live performances on the stage, a problem attributed to the structure of the stage. Mayor Barry Walker asked if the structure problem could be fixed, but was told that redoing the stage could cost $4,000 to $5,000. A spokesman for the vendor said the lighting problem could be addressed in a less expensive way.

The council approved a contract with Suncoast Construction in an amount not to exceed $14,400 to repair damaged sidewalks in the Lexington County portion town with “C” funds approved by the county.

The council discussed signing off on a contract with Gattis Pro Audio in the amount of $10,125.96 to repair and upgrade the entire sound system in the Municipal Building. Councilman Erik Sickinger said a project that expensive should go out for bid, but town officials said Gattis Pro was familiar with the system and would likely provide the best updates. The project will continue to be under review.

The council approved the transfer of the remaining $125,000 obligated to the Irmo Future Growth Corp., a program devoted to the assistance of small businesses impacted by the pandemic.

The council authorized the purchase of property at 1071 Lake Murray Boulevard for $5. The owner agreed to make the low sale in an effort to get rid of the abandoned property in need of a cleanup. Town officials said they could immediately resell the property to interested buyers after doing a cleanup and make a profit for the town.

The council also authorized the mayor to bid up to $500 on a Blowfish-County-themed baseball jersey to support the Dickerson Children’s Advocacy Center. The jerseys all have names of Lexington County towns and can be displayed in public areas.

The council approved a contract to S.C. native Candace Glover as an entertainer for the Okra Strut in an amount not to exceed $4,400.

The council held a discussion on the proposed annexation-partnership of property located at 6354 St. Andrews Road, a project that would involve the input of the Mungo Corporation. Councilman Bill Danielson said it’s a project the town should be doing in partnership with the Mungo family.

Walker questioned whether the town should be involved since the property is not in the town of Irmo.

The council agreed to put the project on the council’s workshop agenda.

The council recognized Sgt. De’Andre Hugue, Patrolman Ken Neivel and Corporal Michael Larabee of the Irmo Police Department for their professionalism and community service during a recent activity.