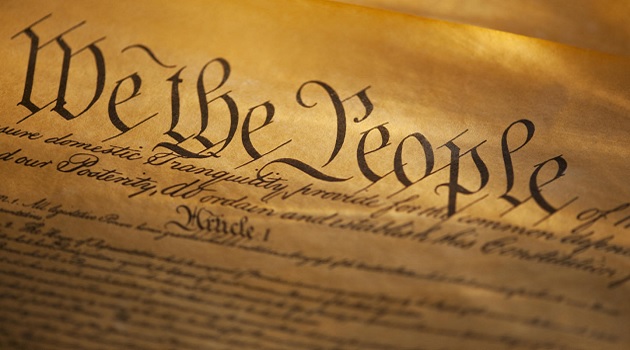 Is history shaped by Great Men or Historical Forces?

Powerful Historical Forces do exist, and we are caught up in them. The rest of Tolstoy’s thesis is problematic. There is something much deeper going on that I believe Tolstoy missed. He failed to ask what causes Historical Forces. He did not recognize that occasionally a single individual can be a pivot around which history itself revolves to proceed in an entirely new direction.

This pivotal individual might be the creator of an idea, or he might be a leader at a critical time.

Progressivism was an American creation, but, under the influence of Marx, it became equally pernicious. All these children of Marx promise the delusional perfectibility of mankind. All these Marxian cults are collectivist in nature. There is no room for the individual in the world of Marx or the progressives. Marx does not fit within Tolstoy’s thesis.

A distinctly different type of historical pivot is the truly great man. If that specific individual, not some generalized “Great Man,” had not stepped onto the stage history would have been very different. The classic example where a unique individual changed the course of history is Winston Churchill. When Churchill was named prime minister, England was already defeated and its government accepted defeat. Foreign Secretary Lord Halifax had already started to negotiate surrender terms. Churchill said no! Churchill recognized, and drew upon, something deep in British culture. Through the force of his will, Churchill amplified that unique spirit until it became the immovable object which stopped and ultimately defeated Germany. Thus, Churchill deflected the historical direction of increasing world totalitarianism by calling up a counterforce that lay latent in the British people. Churchill was a pivot of history. Churchill does not fit within Tolstoy’s thesis.

For a century America has been wrestling with its own fight against totalitarianism. This is the contest between Constitutionalism and Progressivism.

There are actually two distinctly different movements that have been called progressive. The original movement was a Christian populist movement opposed to the concentration of power in a few hands. It developed in response to the post-Civil War rise of the super-rich industrialists and the ever-increasing, and often pernicious, power of big business. Sound familiar?

This Christian Progressive movement began in 1875 when Washington Gladden, a protestant minister, preached the Social Gospel. This sermon was the seed crystal around which the original progressive movement coalesced. At the time, the U.S. Government was small and weak. The early progressives worked to expand the power of the government so that it could act as a counterbalance to the increasing power of big business. This was the progressive movement of Teddy Roosevelt. Fundamentally this movement was religious, individualist, and populist in nature and constitutionalist in political orientation. It is the father of today’s conservative movement.

Then things got out of hand and many young progressives became infatuated with government power for its own sake. As a consequence, a quite different movement adopted the name “progressive.” This was the totalitarian progressivism of Woodrow Wilson and his followers. In time it mutated into the collectivist atheist progressivism of today. It is noteworthy that Wilson despised the restrictions on government imposed by the rigid U.S. Constitution. He was a believer in the British parliamentarian system and its evolving constitution created by common law court decisions. He also instituted Jim Crow throughout the United States armed forces. He thereby infected the modern progressive movement with an inherent racism which now oppresses whites as well as blacks.

The Wilsonian progressives, gaining ever-increasing power under Franklin Roosevelt and later presidents, succeeded in massively expanding our government through the creation of a vast network of regulatory bureaus and the “Deep State.” They also packed the courts with believers in a “Living Constitution.” By “living” what they mean is that the courts now have the privilege of amending the Constitution to suit a political agenda. Progressivism is therefore a potentially lethal disease.

This modern progressive disease has stripped away most of America’s Constitutional democracy. The real power today is in the hands of unelected officials and lobbyists. Sadly, it would seem that the original Christian populist progressives were totally defeated.

Not quite! America is a kind of living organism. Like any living organism, to survive it must have an immune system. This immune system acts to protect America against destructive ideologies. Today America is deathly ill from parasitic progressivism. Fortunately, a few years ago the immune system kicked in to fight this danger. It started with the Tea Party. That citizen movement faltered. The setback was only temporary, however. The immune system set out on a different tack.

In 2016 the Republican Party primaries called up several highly talented candidates for the Presidential nomination. One was an eccentric maverick from outside the political system: Donald Trump. It seemed totally implausible that Donald Trump could possibly be nominated and then be elected president. And yet it happened. Progressives had thought, with the election of Hillary, they were finally about to turn America into a totalitarian one-party state. Trump thwarted them. Progressives went berserk and tried every possible stratagem, illegal as well as legal, to destroy Trump’s presidency. This hysterical reaction of the Left tells us that Donald Trump likely is a pivot of history.

The establishment didn’t select Donald Trump, the American people did. Why? The self-preservation instinct of the American immune system is on the job.

Let’s not make too much of Donald Trump. He is an exceptional man, to be sure, and these days he is cast into an extraordinary role. Like Winston Churchill tapping into the British bedrock, Donald Trump evokes the Spirit of America. But he is still just a man. So let’s call him a paladin of that spirit, human but representative of something profound.

Progressives cannot possibly understand what is transpiring with the presidency of Donald Trump. Progressives have no notion of the American immune system. To fight the Left, Trump invokes the hard constraints of the Constitution. Progressives hate such limitations.

More than that, arrogant progressives believe that the “little people” have no business governing themselves: Deplorables lack sufficient mental capacity. Sorry progressives, Deplorables are the ones who actually make this country work, not you parasites.

Donald Trump is our nation’s paladin. He is the instrument of We the People. Under his leadership, the Spirit of America will prevail and will consign the progressive ideology to political oblivion.