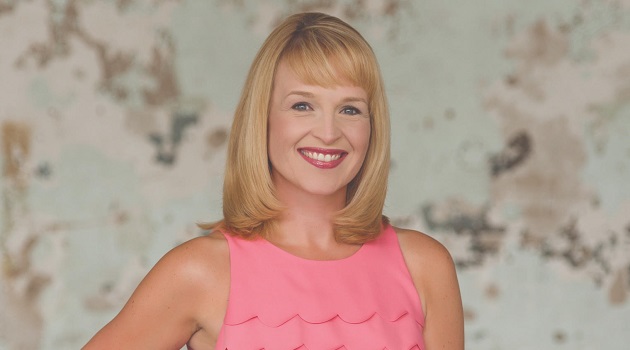 Breast cancer is the most common cancer in American women. October is Breast Cancer Awareness Month. It is a good time to remind every woman of the risks and to be sure to have regular mammograms.

I had a routine mammogram in January at Lexington Medical Center. It was the week of my 46th birthday. I hadn’t felt any lumps and had no family history of breast cancer, so I was confident the test would be normal. That afternoon, I went to a hair appointment – I haven’t had another hair appointment since.

The next day, I received a text from “MyChart,” my hospital’s electronic health record, telling me I had a new test result. When I opened it, the first words I read were, “Mass in the left breast. At least one centimeter. And possibly one more. Further evaluation needed.”

I was stunned. And suddenly terrified.

I work at Lexington Medical Center. I’ve been the public relations manager there for 14 years and have worked on dozens of breast cancer projects. I called my colleague Kelly Jeffcoat, a breast cancer nurse navigator. I told her my mammogram was abnormal and asked if I could come to her office. By this time, I was shaking.

Kelly told me she’d look at my screens and talk to the radiologist who read my mammogram. By the time I got to Kelly’s office, she greeted me at the door with a look on her face I’ll never forget. I knew in my gut something very bad was beginning.

“We’re going to do an ultrasound right now,” Kelly said. She took me into a room inside Women’s Imaging where I put on a pink robe. I’ve worn those pink robes dozens of times since.

Then I started to cry. I told Kelly, “No. This can’t be happening. I have young children. They’re too young to be without their mother.” My son Michael is 14. My daughter Anna Grace is 12.

Radiologist Dr. Jeanette Fulton, a nurse and Kelly gazed intently at the screen as they performed the ultrasound. I didn’t have the courage to look. But what I did see was their faces – each one drawn with clear concern.

Dr. Fulton said, “Jennifer, I don’t want to worry you, but what I see scares me. We’re going to do a biopsy.” They biopsied the suspicious areas and sent them to Pathology.

Then the agonizing part of waiting for results began.

My husband is Alan Wilson. His name might sound familiar. He’s the Attorney General of South Carolina. That night, I asked him, “Alan, do you think I have cancer?” He responded, “Jennifer, I don’t know if you have cancer. But I think they think you do.”

The next morning, my gynecologist Dr. David Stallard of Lexington Women’s Care called. He said, “It’s not the news we hoped for.” I learned I had invasive ductal carcinoma. That’s breast cancer which starts in the milk ducts and spreads out. There were two cancerous tumors in my left breast – one a little more than a centimeter and the other about 7 millimeters. I named them Thelma and Louise – because I wanted to send them off a cliff.

Each day for the next three weeks, I had a doctor’s appointment or a big test. That included a breast MRI and a PET scan, which was one of the most difficult things I’ve ever done. My life flashed before my eyes inside of that long tube. I saw my son at his high school graduation without me. I saw my daughter on her wedding day without me. Inside the scanner, I started drafting each of them a letter in my head for them to read on their 18th birthdays in case I wasn’t there.

The good news was that the imaging indicated the cancer was confined to my breast. The bad news was my cancer was HER2+, that’s a very aggressive type of breast cancer fueled by an overexpression of the HER2 protein. HER2+ cancer grows fast and doesn’t like to stay put. If I hadn’t had my mammogram when I did, my tumors could have grown quickly and spread to other parts of my body within months.

My oncologist is Dr. Steven Madden of Lexington Oncology at Lexington Medical Center – one of the most outstanding humans I have the privilege to know. The treatment plan was aggressive. I would receive six rounds of chemotherapy, followed by surgery. We agreed to do chemotherapy before surgery to shrink my tumors and kill any bits of cancer too small to be seen on a scan that may have been traveling around by body.

My chemo drugs – Taxotere and Carboplatin – made me very sick. My hair started falling out 12 days after my first treatment. Alan shaved my head on our back deck while my best friend held my hand and my daughter cried. For months, I felt like I had the flu. I had no appetite. When I did try to eat, everything tasted like metal. I lost 30 pounds in four months. So sick, I took medical leave from work.

In late June, I elected to have a double mastectomy. Lymph nodes were also removed. My surgeon Dr. Trey Craft of Lexington Surgery called me at 9:00 on a Friday night to tell me pathology from the surgery showed the cancer was completely gone in my breast and there was no sign of cancer in my lymph nodes. That’s the best news we could have heard.

A generation ago, many women with HER2+ breast cancer had poor outcomes. Then, researchers developed a monoclonal antibody called Herceptin that suppresses the HER2 protein that fueled my cancer. A new monoclonal antibody called Perjeta does that, too. Every three weeks from now until next year, I receive an infusion of these drugs from my chemo nurse Myra Hawkins inside Lexington Oncology. I’m so lucky to have this medicine.

My cancer also had some estrogen in it. So now I take a drug called Tamoxifen to suppress estrogen in my body.

Unfortunately, the reconstruction process from a double mastectomy is a long one. And I’ve had a series of cosmetic complications that have required repeat surgeries. There are more in my future and that process likely won’t be complete until next year. The chemo also damaged nerves in my feet, making it tough for me to walk sometimes or wear fancy shoes.

Throughout my diagnosis and treatment, I’ve never felt sorry for myself. My perspective is very different. I believe I was incredibly lucky that it was caught early.

I’ve heard from dozens of women who told me they haven’t had a mammogram in five years or even more. I couldn’t believe it. These women seem to have it all together – great careers, cool husbands, gorgeous kids and beautiful homes. But like many women, they’re taking care of everything and everyone except themselves.

Each day, there are blessings that come with cancer. I’ve reconnected with old friends I haven’t spoken to in years. My husband beautifully demonstrated the marriage vow of “in sickness and in health” as he steadfastly showed up, held my hand and – some days – literally helped me stand up through this struggle. The love shown to me by family, friends, neighbors and colleagues is unparalleled. I can give an entire speech at church about the “God Winks” I’ve experienced. And I’ve taught my children how we can face adversity with grace, faith, humor, kindness and hope.

Moving forward, I face years of blood work and scans. That terrifies me. But whether I like it or not, it’s my new normal. I also know that there are things I can do to help reduce my risk of recurrence: exercising 150 minutes per week, eating a plant-based diet, limiting alcohol, maintaining a healthy weight and managing stress.

Today, my strength has returned, my hair is growing back and I feel like I’m emerging from cancer as a better person than before and the best person I can be. I believe the future is bright.

My advice is to do a monthly self-breast exam and have a yearly mammogram. It only takes a few minutes. And early detection is key. Don’t be scared. It can save your life.