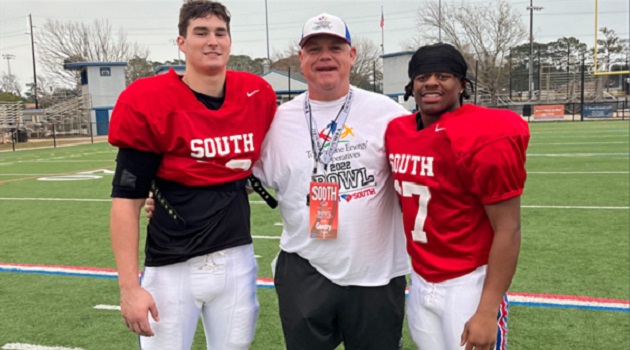 “The week of the Touchstone Energy Bowl will go down as one of the best experiences in my career,” Justin Gentry said. “It is a first class operation. The young men we selected were very good football players, but more importantly, they were very fine young men. Chandler Perry and Max Drag competed hard every practice and it showed in how they played in the ball game. Off the field, they represented our school district with class and I know everyone is as proud of them as I am.”

The match-up is the oldest continuous all-star football game in the south. This marks the eighth year South Carolina’s Touchstone Energy Cooperatives have sponsored the bowl game, which recognizes 88 students from across the state, not just for their athletic ability, but for their character on and off the field. These young men develop a spirit of camaraderie throughout the week leading up to the big game—honing their skills and developing friendships that last a lifetime. Touchstone Energy is an alliance of local, independent, member-owned electric co-ops that work together to deliver energy solutions and support for their communities.