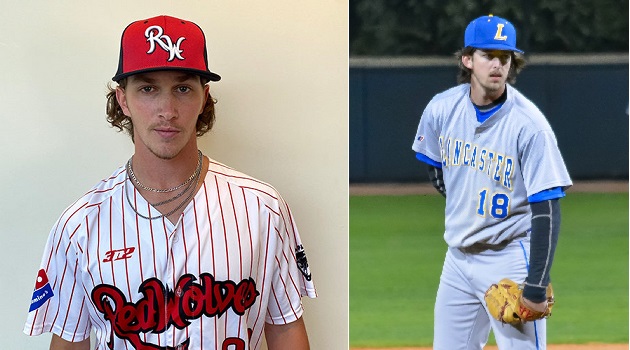 Two local baseball standouts have signed with the Florence RedWolves of the collegiate Coastal Plain League.

Gunnar Erickson, a former Lexington P27 Baseball Academy standout from the Chapin area, played this past spring at Division I NJCAA Region 10 USC Lancaster. As a freshman, Erickson finished 3rd in the Region in strikeouts and innings pitched. The 6’5 200 lb. right handed pitcher looks to continue where he left off in the spring.

Blair Rodgers, a former Dutch Fork Silver Fox standout from the Irmo area, played this past spring at Division I NJCAA Region 10 USC Sumter. As a freshman, Rodgers posted a 1.15 ERA which was among the leaders in the Region. As a shut down closer specialist, Rodgers looks to continue where he left off.

The RedWolves play their home games at Sparrow Stadium on the campus of Francis Marion University and were founded in 1997.