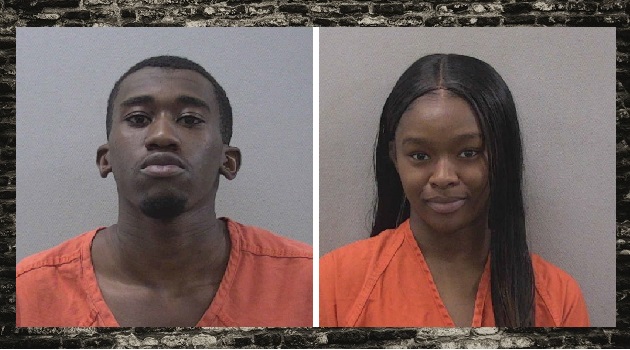 A Columbia man and woman were arrested last week on multiple charges after detectives said the pair conspired to steal guns while employed by a shipping company.

Keith Alexander Anderson-Salters, 20, and Alyssa Iyana Ray, 20, are both charged with five counts of sale or delivery of a stolen pistol, one count of breach of trust and one count of criminal conspiracy, according to arrest warrants.

“Both suspects worked for a company that shipped guns for a firearms dealer,” Lexington County Sheriff Jay Koon said. “Detectives worked with the Bureau of Alcohol, Tobacco, Firearms and Explosives to determine Anderson-Salters and Ray were stealing the weapons during shipment and selling them between November 2020 and this month.”

The firearms dealer reported the guns as stolen, according to Koon.

“Our review of the evidence shows Anderson-Salters and Ray stole five handguns with a total value of more than $2,500,” Koon said. “They both turned themselves in last week.”

Anderson-Salters and Ray have been released from the Lexington County Detention Center after meeting conditions of their bond.

“As part of our ongoing work on this case, we’d like to talk with anyone who purchased a gun from these individuals,” Koon said. “They can reach out to us directly and ask to speak with a property crimes investigator in our south region office.”