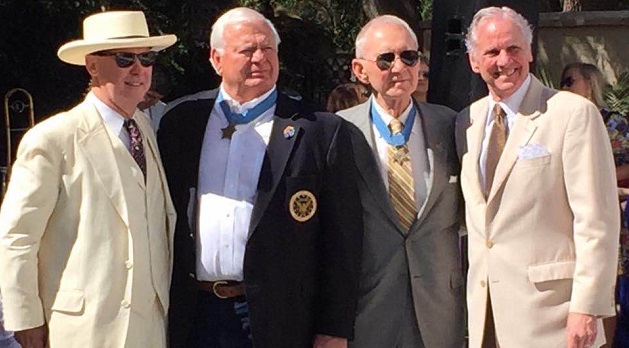 Male Vocalist of the Year Jason Crabb to perform

FOR THE PAST SIX YEARS the Mullikin Law Firm has been the named presenting sponsor for the historic Carolina Cup, sponsoring both the steeplechase race as “title sponsor” as well as the entire day’s racing events as the sole “presenting sponsor.” This year’s 87th annual Carolina Cup, slated for the first weekend in April, is to be no exception but with a second-day addition

The reason is twofold, says Dr. Tom Mullikin, a world-renowned diving and mountaineering expedition leader and a founding partner of the Mullikin Law Firm.

“The primary reason for our sponsorship of the Cup is to give back to the community as a means of simply providing for, protecting and preserving our unique city, our state, and our internationally recognized steeplechase legacy,” says Mullikin, who this month is working, teaching, and exploring in the Galapagos Islands. “We support the Carolina Cup in this way because we have been blessed enough to be able to give back.”

Mullikin plans to host a brunch and party prior to the race on the morning-of and a Christian music revival the day after.

The annual pre-Cup Saturday brunch is an event that has been held for years at the Mullikin home near downtown Camden, prior to guests boarding buses chartered by Mullikin for the short five-to-10-minute drive from his home to the Springdale Racecourse. This year, both the Saturday brunch and the Sunday revival and music event will be held at the racetrack.

“My parents began hosting a pre-Cup party in 1977,” said Mullikin. “The Cup for us has always been like a huge family reunion, so that’s another reason we do this. My parents actually hosted a party every night for a week prior to raceday. People came from all over the country and around the world to have a wonderful time together, and we have continued and will continue that tradition.”

Tradition indeed: Mullikin and his wife Virginia Ann’s starry guestlists have for years read like a who’s who of Hollywood luminaries, top musical performers, multi-national business leaders, military and political leaders and other dignitaries and celebs.

“This is the first year the pre-Cup brunch will be held at the racetrack,” says Mullikin. “But it will be every bit as much fun, and I think a little easier for those attending as there will be no break between the brunch, the party, and the races on that day.”

Raceday is slated for Saturday, April 2. Then Sunday, April 3, a post-race Christian music revival is scheduled to be held also at the Springdale Racecourse.

Grammy-winning and Dove Awards Male Vocalist of the Year Jason Crabb will perform during the Sunday revival as will performing artists 2nd Chance Ministries.

“Jason is an incredible performer and a truly great man,” says Mullikin. “I’ve listened to his songs while climbing mountains all over the world. His work is simply phenomenal, and we want to share that and him with everyone.”

The Carolina Cup, one of the nation’s most prestigious races and one of the most important on the national steeplechase circuit, holds the National Steeplechase Association’s attendance record of 71,000 people, including both spectators and participants.