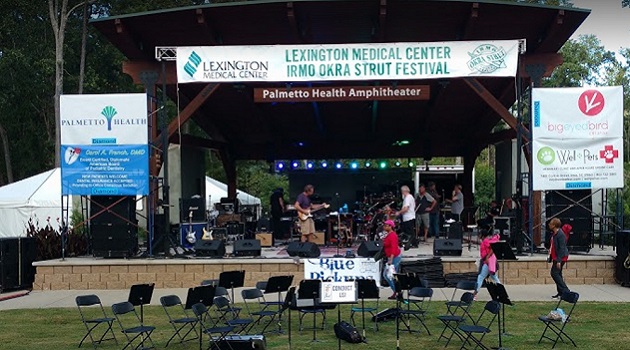 The Irmo Town Council reversed its decision to have a “virtual” Okra Strut Festival.

At a special meeting held Tuesday to vote on a $43,700 budget for the project, the council declined to consider a motion for approval.

Mayor Barry Walker Sr. officially announced the 2020 Okra Strut Festival scheduled for Sept. 25-26, has been canceled. It would have been the 47th year of the popular festival.

At its Aug. 18 meeting, the council tentatively approved a plan proposed by the Okra Strut Commission for a “virtual” festival that would be live-streamed on YouTube or Facebook.

That plan passed by a 3-2 vote, with Mayor Walker and Councilman Bill Danielson against the measure because of what they considered excessive costs. The plan was supported by council members Kathy Condom, Erik Sickinger and Kelly Busch.

But the opponents have since changed their opinion on the plan.

Sickinger said he originally thought it was a positive step, but later decided there was “a lot of risks” in putting on the festival as proposed. He said he had concerns about the costs, and also about the impact of the coronavirus may have on people involved in the project.

Condom also expressed concerns about proceeding with the event as the coronavirus pandemic continues to spread in the Irmo area.

Okra Strut Commission Chairman Larry Slaughter said after the meeting that he understood the council’s decision and was not upset.

During the meeting, the council expressed their support for the work Slaughter has done to continue the festival.

The council also consulted with Town Attorney Jake Moore about cancelling an entertainment contract with the Sister Hazel Band, which was scheduled to perform at the festival.

The festival draws thousands of visitors to a parade, food vendors, entertainment activities and a celebration of Okra, a Southern favorite.

It is described by sponsors as “the best free musical festival in South Carolina.”