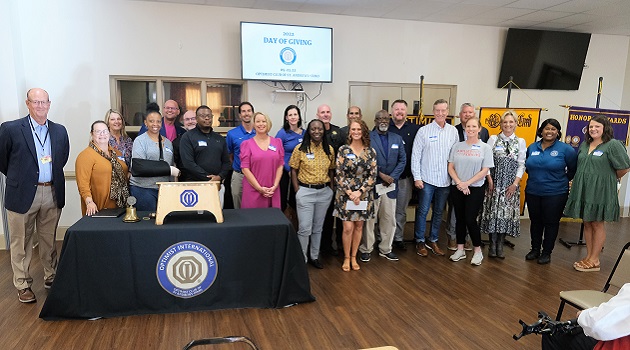 Optimist Club gives back to the community

The Optimist Club of St. Andrews-Irmo is a service club that seeks to benefit the youth of the community.

Two fundraisers provide the funds for Optimists’ giving activities: the Optimist Club Christmas Tree Lot and the annual Optimist Club Golf Tournament. Neither of those fundraisers would be a success without heavy volunteerism within the Club and significant support from the community.

As a result, those efforts fan out into the Midlands and benefit hundreds of youth. On September 23 during its annual Day of Giving, St. Andrews Optimists donated more than $31,000 to 23 causes that fulfill the Club’s mission. The annual assembly was held at Seven Oaks Park.

During its 51 year history, the Club has contributed more than half million dollars to a long list of recipients, the common thread being that community youth enjoy the benefit.