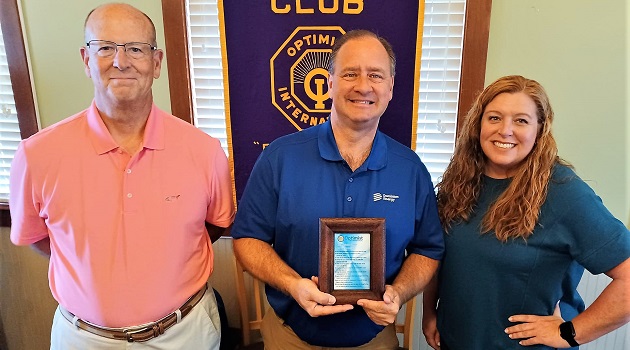 If it touches Lake Murray, either along shorelines or within the lake itself, Billy Chastain from Dominion Energy is responsible for its management. Chastain, who spoke on June 3 to St. Andrews Optimists, outlined some of his areas of responsibility.

Lake Murray offers more than 650 miles of shoreline and is a recreational magnet for the Midlands. Within its shoreline are more than 14,000 docks which have to meet certain standards.

Lake Murray was a planned facility from its early days. For example, all trees were removed that could have presented underwater hazards for boaters. One only has to visit Lake Marion, for example, to see the other approach to dealing with trees. There are remnants of trees still visible in Lake Marion that have been there since the 1950s.

With that as background, Chastain reported there are now more than 1,000 trees scheduled for removal this year because they have become hazards that could be more dangerous later. Tree removal of this type is not a one-and-done project, but more often is ongoing from year to year. This work must be maintained to handle ever-increasing boat traffic.

Most power generation at the dam has been converted from coal-fired to natural gas. Dominion retains the ability to do some generation via water flow, but the bulk of the job is now done via natural gas instead of hydro.

The backup dam project completed several years ago provides a bedrock-based support for what had been the largest earthen dam in the U.S.

Pictured are Optimist Club President Mike Myers, Billy Chastain, and speaker host Kerry Powers, who presented the speaker with a copy of the Optimist Creed.