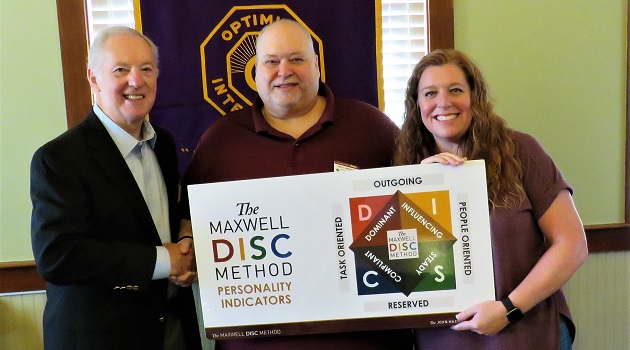 While formulated for a sales organization’s ability to analyze clients’ preferences and business styles, the DISC method also has more universal applications.

DISC is an acronym for the grouping of people into four personality indicators, which are: Dominant, Influencing, Steady, and Compliant. Each one of the four carries with it characteristics that describe a person’s approach to negotiating, fact-finding, and relationship-building.

According to Manjounes, people don’t necessarily gravitate to one style to the exclusion of the other three; however, very few display the characteristics of more than two.

The DISC analysis is also useful for self-assessment. In Maxwell’s words, “you have to know yourself to grow yourself.” A companion maxim, to quote Manjounes, said: “The most important thing is not what I say, but what you hear,” which can be two different understandings.

Manjounes believes the better two people understand each other, the more likely a relationship will prosper, be it a business one or otherwise. He is a veteran public speaker and is heavily involved in the Irmo community.